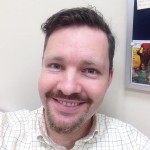 No regrets! Just a few wishes…
by Matthew Noble.

I wish I’d known, earlier on, what a more realistic and practical lesson planning process looked like. I’m not sure if my course trainers ever really conveyed the idea that the fashion in which we were required to knock out full-on multi-section lesson plan documents, one after the other, furiously and sleeplessly, during the entirety of the one-month course, was not what would be expected of us on the job. I really wish I’d known that. And I wish it had been explained to me why we were planning the way we were planning while in training, comparing it to how we would likely plan lessons on the job. I wish I’d had chance to perhaps explore what was most and least likely transferable. Instead, I didn’t know the difference and attempted to apply the approach to planning I was trained to take during the course – and quickly burnt myself out with it. This resulted in unnecessary heartache and an enduring confusion about the nature of effective planning.

I also wish I’d known that “anticipated problems” (as they are described on the lesson plan pro forma on that initial training course) don’t really represent problems but rather very salient learning opportunities. I wish this whole area of classroom/lesson experience was not set aside as in any way “problematic,” but instead faced directly as the primary concern for us developing teachers, even if total newbies. I think that as a result I spent far too long treating students’ inevitable, natural, ultimately productive confusions as something to avoid or at best ensure. I wish I’d known – or at least had more models and evidence for recognizing – that these incidents are, in fact, ground zero for learning. Instead of spending all my time and energy preparing for a (hopefully!) smooth sail through clarification of any particular language point, I wish I knew to spend more of that time and energy preparing to give the best targeted, responsive feedback I could at the very moments my learners demonstrated that they were ready for it.

I wish I’d realized sooner that doing lesson planning and preparation alone all the time was a bad idea. Perhaps I should have; we didn’t do too much isolated planning on my training course and we almost always at least checked in with the trainers to review our ideas and get guidance. We were also encouraged to cooperate with our peers in our planning process. We were just never told to continue doing so on the job and we never really explored what this might look like beyond the course. I went on to approach planning as a fundamentally private affair for far too long. I wish I’d known, in those early days, to burst that bubble and engage interested colleagues in staff rooms – at the very least, talking more about general and specific challenges as I thought about what I’d be teaching the next day. It’s not as if I didn’t spend an entire month doing exactly that, day in and day out, for a full month of training!

I also wish I’d been able to better appreciate my course trainers as the models of ELT professionals they were. Having clearer, closer models of mature ELT career professionals would have helped me. There were multiple times during my early career when, despite my interest in and passion for teaching English, I doubted the feasibility of a career in ELT. I couldn’t see any obvious path onwards and upwards from being a classroom teacher forever. How did those trainers, for instance, get where they were? I certainly learned quite a few things about them during the month I was with them, and I’m pretty sure they supplied us all with their CVs. But somehow I don’t remember a sense that their professional example was an intentional object lesson for us. This was likely them being so “trainee-centered” and avoiding the spotlight, and of course that was a good thing (they were great trainers). In any event, I wish that I’d focused in more on their professional routes and roots in order to fill certain empty spaces of my professional imagination. I could have simply approached them (and any number of potentially early-career mentors in various staff rooms) and asked. From day one of my course onwards, I certainly felt that I wanted to be like them. Now as a trainer myself I make sure that I’m “trainee-centered” too, and I also make sure to highlight, in a personal way, what it’s like to surf the inevitable waves of doubt and confusion in this field and ultimately find calmer waters.

I wish I’d understood what a big, big deal listening is. Listening has been called the “Cinderella skill” because of how neglected it is but for early-career Matthew it might as well have been the “Invisible Man skill”. The only way I understood to approach it, based on my early training, was awkwardly top-down: testing general and specific comprehension of various spoken passages rather than actually teaching listening strategies or using listening work to illuminate aspects of phonology, morphology, pragmatics, etc.  Did I at least make what I could out of what I had in my newbie’s tiny toolbox? No, even my limited top-down listening comprehension exercises were managed pretty poorly. Far be it from me to give my learners even a five-second delay after the disembodied two-minute conversation they just heard from a CD in order to mentally review the eight questions they were trying to answer about it. Repeated listenings? I’d never allow for that as it would surely be “cheating” and totally unrealistic! CD player not working? Okay, we’ll just have to wait until it works then. A “live listening”? Get outta here! Sure, I was trained to build some context around what my learners were hearing: the scene would be set, the characters perhaps sketched on the whiteboard. I did that…usually. I was also trained to allow for pair-checks after each time listening. Sage counsel. Did I follow it?… Usually. But because true qualities of listening were still invisible to me then, what I did with it early in my career very rarely lead anywhere. I wish I’d known then that listening actually leads everywhere!

…that students certainly want to be engaged and active, but there’s no reason to fear the occasional mini-lecture.

…that the whiteboard belongs to the learners as much as it does to the teacher.

…that the teacher is a perpetual learner of the very language they teach (and it really is okay for the learners to see you learning, too).

…that there’s plenty of readable research out there that offers practical insights on the whats, whys, and hows of language teaching and learning.

…that I’d be able to write about just a small selection of “things I wish I’d known when I started teaching” over a decade down the road with a heartful sense of appreciation for the continuing journey of both discovery and letting go that being a teacher offers.