The Bullet or the Ballot Lesson Plan 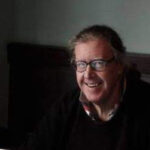 Craig Wherlock (Greece) shares a lesson plan he uses to encourage students to think critically about the civil rights movement.

The Bullet or the Ballot was the name of a political speech American civil rights activist and Muslim minister, Malcolm X delivered in 1964. In it he set out the choices he believes Black Americans had in dealing with the racism they faced in the United States. Malcolm Xs beliefs were the polar opposite of those set out by fellow minister Martin Luther King, who advocated peaceful non-violent opposition to racism.

This is a classroom lesson plan I have used several times over the years, and it has produced incredible results in terms of generating language use and heightened interest from English language learners I teach. It is aimed at those with a confident grasp of English, preferably B2 and above, or indeed you could use it in a social studies class. It is ambitious in its scope, but I believe if you ask a lot of your students then they can far exceed your expectations. However, with less-advanced students, the teacher is going to have to provide a lot more support in terms of helping them prepare suitable language and with explaining the social and historical context of the times and situation.

The entire lesson will require at least 2-3 meetings of 45 minutes each, and access to the Internet, either at home or in the classroom.

1 Ask students to write down or research what revolutions/rebellions have taken place in their country over the last 100 years, this can set for individual homework prior to the lesson or done via internet in groups if they have access at school. In Greece, this is a tall order considering the country’s turbulent history during most of the 20th and 21st century.

2 Students compare their information with other groups or individuals and report back to you.

3 Now ask them if drastic social change ever comes about completely peacefully. Once again, they discuss this in groups and emphasise the fact that you want concrete examples to support their ideas. Ideally, this would involve access to the Internet in class.

4 Explain to students that they are going to see a trailer for the 1988 movie, Mississippi Burning, and ask them to write down;

What kind of film is it?

Where is it set?

When is it set?

What is the basic plot?

5 Student watch the trailer and write down what would they have done if they had been born Black American in the community depicted.

6 Students discuss their answers with each other.

7 Now, explain to the students who Martin Luther King and Malcom X were. Most likely, the names will be unknown to younger students and so ask them to do a quick five-minute search on Google. Make sure they understand that both of the men were Black leaders who lived and campaigned in the same era as Mississippi Burning was set (the early 60s), yet both had very different ideas about how the Afro-American community should deal with racism.

8 Divide the class into two groups and give them links to either Malcolm Xs “The Ballot or the Bullet” (speech transcript and audio) or the “I have a dream” speech by Martin Luther King (transcript here, audio here). Both texts present a challenge to learners, due to their linguistic sophistication and the fact that it belongs to an era that may be unknown to your students. It is not necessary for them to understand everything, but rather get the general idea of the speakers. This is best done over the course of a whole lesson in which students work in groups and are allowed to help each other.

9 Alternatively, for homework, students listen to the speeches and write down what each leader thinks should be done to improve the situation of their community and why. You might need to check on students’ ideas to ensure they got the gist of the speeches.

10 Now explain to students that they are now either Martin Luther King or Malcolm X and they have to debate what is the best way to deal with the problems Black Americans face in the society shown in the Mississippi Burning trailer. Students should use the ideas in the speeches to support their ideas.

11 Organise a class debate about which speaker had the best ideas on dealing with racism. This will form the basis of a essay, which students can plan in the lesson in groups and then at home individually.

“Malcolm X or Martin Luther King: who would you have followed if you had been a Black American in the 1960’s?”

Craig Whelock has a Master of Arts in Teaching English and has been teaching in Greece for over 30 years. He specialises in applying Intenet and multimedia technologies in the production of language via the medium of project work. View all posts by Craig Wherlock