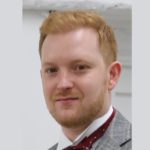 In a conversation with a teaching colleague after class at the start of the term, we talked about how fearful our learners appeared to be feeling towards us and how perfectly normal the feeling is after all. While we both agreed that we wanted to make our learners feel comfortable around us, their new classmates, and within their new environment, I recalled the fear that I’d previously felt being a learner. Fear isn’t always such a bad thing, perhaps a little bit of fear might be a useful classroom tool. With this blog post, I want to unpack what I mean, what my experiences have been, and think about how a learner’s fear of the teacher might be something worth harnessing.

As teachers we often aspire to be like educators we’ve met or been students of. For me it’s my history teacher Mr. Cunningham back when I was about fourteen years old. He entered our classroom on his first day at our school and immediately told us all to get out. He sent us out to the playground confused, books and bags in hand. He then invited us back into the classroom one by one, choosing appropriate seats for us. Mr. Cunningham told us to sit where we were told and be silent at the start of each class; he’d made us fear him. As each class progressed, Mr. Cunningham’s persona followed a common path: he’d begin authoritatively, then get us laughing and make sure we left the class having learnt something, and then return to being scary all over again the following day. The element of fear was palpable and ever present amongst us. We were forever aware of what would happen if we stepped out of line, so everyone was so eager not to do the wrong thing. I remember one time Mr. Cunningham stopped an amusing anecdote mid-sentence to deal with two older students smoking outside behind our classroom. After handing down a scolding, he returned to our class and concluded his story, without a hint at what had just occurred.

It wasn’t just down to a sense of fear that I feel inspired as a teacher and felt determined as a learner. Mr. Cunningham was a very engaging and thought-provoking individual. However, fear for me at least was a motivation to work hard in his class because I knew what could happen if I didn’t conduct myself correctly. As an English teacher working in Japan, I think again about this fear that I felt at the start of term all those years ago, and I want to replicate it in some way with my learners. I am by no means the kind of a teacher who has a short fuse or expects learners to do everything as told, I’m open to a bit of mischief in the right places. But it’s an act I feel I must play at the start of term at least in order to get groups of learners on my side. There is no way of knowing if Mr. Cunningham consciously knew what he was doing or thought the same things, but I’ve indeed taken away a lot from his way of doing things.

Using, maintaining, or adding an element of fear to the classroom is not something that has hard or fast rules, I feel that it’s more of a tone that has to be recognized and conceived. In the first classes of term, everyone and everything is new. The learners don’t know you, and you don’t know them; it’s the complete fear of the unknown. As a teacher, an early aim should be to set expectations for the learners and establish the right path forward. From teaching similar courses in the past, you know the journey you’re about to lead them on and you know their potential. However, some teachers may want to expedite the process and reduce tension in the class by trying to be friendly from the get-go. This could have a negative effect. I feel that the air of uneasiness and fear could be left to sit for a little longer, making this a great chance to set clear expectations. If the learners are too relaxed with you and each other, rules could also become relaxed. Here’s an example.

I work on an oral fluency-focused English program, a program where learners are assessed on their ability to use different communication skills effectively with one another in discussions tasks. One of these communication skills is to negotiate meaning in English, with L1 use being discouraged and often penalized. Although I’m not entirely convinced with an English-only policy, this is a rule that I feel needs to be established early on. In the initial lessons of the course, if learners overtly and knowingly flout this rule, I feel it’s my duty to address this immediately, and not always in a measured manner. If learners are clearly called out on this straight away, they could be more likely to remember the incident in the future, monitor themselves and others, and work harder not to do it again. Of course, it’s always our duty as teachers to help them to understand why something is a problem and how to remedy it. Like Mr. Cunningham with the smokers, I reveal my ‘dark side’, a glimpse behind the curtain, and then continue onwards. Hopefully, the learners recognize where the lines are drawn and when lines have been crossed.

In class I’m hard to please and try to demand more. On the inside I’m constantly amazed and in awe of what my learners achieve, but I tend to use praise and outward satisfaction sparingly. This is my teacher self, a persona that plays with fear for the good of the class and learning. As teachers, perhaps we could understand the fear that our learners are feeling, and rather than try to reduce it, we could get into character and be a little fearsome ourselves. 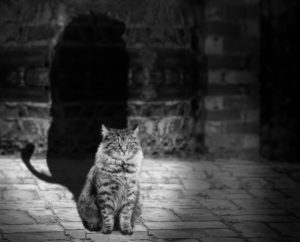 Matthew is an English teacher working at a private university in Tokyo, Japan. He's been working as an English teacher for 8 years. His areas of special interest include form-focused instruction, task-based learning, oral fluency development, and reflective practice. Matthew is also currently taking on a new challenge of incorporating a deaf learner into his English discussion class. In his spare time, Matthew enjoys cycling, drinking craft beer, and attending live music shows. Matthew is also a host and co-founder of The TEFLology Podcast: A podcast for people interested in teaching English as foreign language and related matters. (www.teflology-podcast.com / @TEFLology) View all posts by Matthew Turner