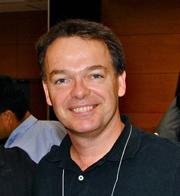 I wonder if any of you veterans or wise younger teachers feel the same way? 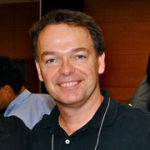 The longer I’m in the classroom, the more that difficult students have morphed from being powerful and disruptive, to being a manageable challenge in the classroom. They used to be able to throw me off my game completely; their stares of disinterest, boredom or defiance wreaked havoc on my delicate teacher identity. Now, more often than not, they end up becoming some of my most memorable students because they are so used to being misunderstood and judged inappropriately, that simply by recognizing that they need something before jumping to judge them, I have a much better success rate than I used to have.

If I were asked to give advice to any younger teachers, I guess I would say the following 5 points: 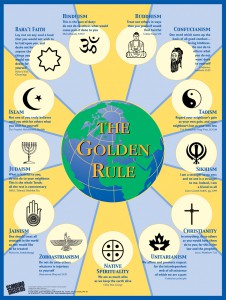 Sitting here thinking about advice to that younger teacher, I immediately recalled students and situations that I handled either very well or very poorly. I’d like to offer a little more explanation or an anecdote for each of the 5 points above.

So, if you believe point 1 and approach the classroom from that perspective, I would be willing to bet that you have just eliminated 70% of your potential problems with students.

If you haven’t learned the power in point number 2, try having a child, because nothing has taught me more clearly and repeatedly that (little) people respond better to choices than to threats, than dealing with my own kids. Trying to force my children to eat their dinner, take a bath, or go to bed always ends up in a battle. Negotiating through choices with them works 90% of the time.

Regarding point 3, it took me a long time to learn that it was okay to lose sometimes to an individual or to the whole class. In fact, it was much better to lose sometimes because it empowered my students, gave them more responsibility for their learning, and showed them that life isn’t always about winning, but very often more about how you play the game.

I clearly remember the feeling in point 4 of not taking a stand in a classroom situation with a problem student in one of my early classes. Looking back, I’m sure that everyone knew I would back down if push came to shove. I remember an older teacher simply saying, “You have to be their teacher”. At the time, I had no clue what she meant. Finally, after a number of disheartening classes, I finally confronted one of the ringleaders, not from any preplanned strategy, but simply as my instincts took over. I stood over her desk, and demanded that she turn over her _______ (I can’t remember if it was a comic book, chewing gum, or a gun) but I can remember deciding that I would stand there for as long as it took for her to realize that I was her teacher. Even though it felt like hours, it was in fact some minutes before other students convinced her that I was serious, and nothing else would continue until I got what I had asked for. Things never became great with that class (because I had waited too long to be their teacher), however things definitely did get better. And, a few years later, that student and I got along.

Finally, I can honestly say that I can’t remember the last time I had a student throw me off my game for 2 lessons in a row. Besides getting a little older and a little grayer, I think I have finally learned how to see a problem coming and deal with it before it gets the best of me; the secret to that is in point 5.

I wonder if you can help me increase my list of 5 points of advice to a younger teacher?

Steven has been teaching within the Japanese EFL context since 1989. Having over 20 years teaching experience at the elementary and secondary school level, he is currently an associate professor in the International Studies department at Doshisha Women’s College of Liberal Arts. He is also extremely active in professional development within the ELT community. He co-founded MASH Collaboration in 2007, an online community devoted to professional development through collaboration. He is an avid user of Skype and can often be heard saying, “Collaboration creates just the right amount of tension to get lots done.” He also spends time editing numerous articles, academic volumes and proceedings, and leading teacher training seminars for various companies throughout Japan. Steven works from the perspective that, “being a teacher means a never-ending commitment to learning”. View all posts by Steven Herder