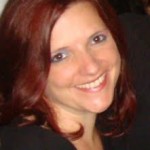 Ever since I was a child, I have always been fascinated by books. It did not matter what stories they brought, I knew they’d bring something else: knowledge. As a teacher, I have become more aware of this power that books have, and I have always tried to make more people aware of it, especially my students. We share books in class, visit libraries and have talks about our favorite stories. Even as a kid, I loved to share my books and borrow some from my friends. Exchanging was exciting and fun, but I couldn’t think of not having one of my books back. You see, I was very fond of them, and loved to emphasise the possessive: my books. Somehow it was important to me to say that those books belonged to me, as if I owed the knowledge and stories they carried. I felt more intelligent, more powerful.

As the years passed by, I realised that this feeling is not peculiar to me, but shared by many of my friends and peers. We are often caught in conversations about our latest acquisitions, with sparkling eyes and huge smiles on our faces. But it has always puzzled me why some people do not share this feeling. Well, at least I thought so.

I work in two very different contexts: I teach in a binational (American/Brazilian) center, where most students have a very comfortable life, and in a public school in the outskirts of Brasília, where students are underprivileged young-adults and adults. While in the former I often see students carrying books around, reading at the break, and going to the library, in the latter I rarely witness similar scenes. Intrigued by this lack of interest in books, I wondered if it had to do with a lack of interest in school itself – which happens for so many other reasons.

“Do you like reading,” I asked one of my most motivated students one day.

“So how come I never see you carrying any books at school?”

He replied, “That’s because I don’t have any. And I have read pretty much everything our shabby little library has to offer”.

It hit me hard. My students do not lack interest in books or in school. They simply do not have any books to read! And right there I decided I needed to take action.

It was the beginning of the second semester and we were planning actions for the term. One of our biggest challenges has always been to raise funds for the prom. Government funding is scarce, so we have to plan events to raise money for school activities. I tried to figure out how we could put those two things together – a fundraising event for the prom and a way of getting the students some books. I came up with the idea: what if we collected as many books as we could from donations and sold them to the students?

When I presented my idea, many of my colleagues were doubtful, saying that we could not sell things to get donations, and besides which, it would be simpler just to give the books to students. But I argued that ownership was the key here. We wouldn’t be simply doing charity, we would be giving our students the chance to choose and buy whichever book they wanted that we had to offer. We would charge a very small fee of R$2.00 (less than a dollar), because our main goal was not to make a lot money out of it, but to spark a sense of community and belonging. The students could practice their citizenship as well as feeling more tied to the bigger community project of helping to fund the prom. They would realise that they need to be the actors of change and take the lead to have what they want and deserve, which was to finish school with a ceremony and recognition of their efforts by their whole community. And on top of that, they would read.

I couldn’t hide my excitement when the project was approved, and we language teachers (Portuguese and English) started our quest for books. We were blessed and found substantial help from those well-off students from the binational center. When I mentioned that I was collecting books for a project, the head librarian of the center told me she could share with me some of the donations they had collected early that year. They had developed a project of their own, to help remodel the public library of a small city nearby, and they had collected an impressive 11,000 books!! Of course they didn’t have room for all of them, so many other institutions were given boxes and boxes of books. We got about 500 volumes to be sold in our event.

And then the day came. We had other cultural activities happening at the same time as we sold books, so students could choose to dance, sing, and recite poetry. Can you guess which activity was the most popular? Yes!! Books!! Students would gather around the counter where we displayed the books, avid for knowledge and a good read. I saw people lending money to others who have very little but wanted to have a book. I saw friends offering books with inscriptions to their loved ones. And what led me to tears was to see them, right after having bought their books, sitting around in the hall, classrooms, on the floor, reading. There. Immediately. It was a very special day in my life and in their lives, too. Some students came to me and said that was the first time they had ever bought a book. Books were usually just too expensive. Some of the students even said that they didn’t feel they belonged in a bookstore or a library, because they were poor. In the end, almost 500 books were sold and a lot more hearts and minds had been lit up. We have held the event twice since then, and are already planning more.