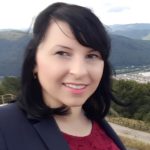 “That which we persist in doing becomes easier for us to do; not that the nature of the thing itself is changed, but that our power to do is increased.”
Ralph Waldo Emerson

Learning English in Israel is not easy. However, students are coming to realize how important it is to do so, the reason being that they learn English along with other two languages, Hebrew and Arabic. Western European languages, such as Spanish and German, are similar to English, which makes it easier to learn them. In case of Israel, Hebrew has a significant linguistic difference from English and Arabic is completely different from either of those (the spoken Arabic is very different from the written Arabic and some even consider them as two separate languages). Students, however, seem to understand that English is their window to the world and if they do not realize that while still at school, they do so when they become adults. When I have conversations with those who don’t know how to speak English, they always express their sadness for not putting enough effort into learning English at school.

Students here begin learning the basics of English in elementary school, starting from the alphabet, and are expected to achieve proficiency level by the end of high school. This, however, is not the case for all students as some learners do not progress past the foundations of the language. All students are expected to learn to listen, read, speak, and write in English and they receive up to 5 hours a week at school to do that. While learning the four language skills, students acquire the knowledge of vocabulary, grammar, lexis, and literature.

I think the most difficult aspect of learning English for students in Israel includes speaking the language. Unless they have English-speaking friends, they do not get to practice English much outside the classroom. Most classes include up to 40 students, which also minimizes each student’s speaking time during class. The English inspectorate (the body responsible for English teaching and learning in the country) is aware of that and has presented students with programs that promote speaking English right from the start. These include programs such as Speak Up! for the foundation level, Let’s Talk for the 7th grade and Keep Talking for the 10th grade. I have noticed that these programs help and encourage students to speak now that they have been given more hours at school to do so.

When students reach high school, they sit for the Israeli matriculation exams called the bagrut and subjects are studied in modules. High school students are divided into three levels of proficiency that are called “points” based on their level (determined by taking exams at school). Students who are 3 points sit for modules A, B, and C. Students who are 4 points take modules C, D, and E. Students who are 5 points, the highest level of English proficiency, take modules E, F, and G. Students can move to a higher level by taking two additional modules from the next point level. In order to pass, they have to take exams that involve reading comprehension, listening comprehension, written tasks, oral tasks, and literature. The reading comprehension part is composed of a text followed by a list of comprehension questions. The listening comprehension is similar in structure, so students listen to a four-minute long spoken text and then answer comprehension questions. The written task includes writing essays of different types, such as opinion or description. The oral task includes preparing a project and sitting for a speaking exam. Finally, the literature part includes reading poems, stories, and novels and submitting a literature log to receive a grade. The literature log consists of students’ response to the key components of literature which consist of the Pre-reading Activity, Basic Understanding, Analysis and Interpretation, Bridging Text and Context, Post-reading Activity and Summative Assessment. All these tasks and exams (modules) are not done at once but rather are spread over the course of three years (10th, 11th, and 12th grades) and students sit for an internal matriculation exam before sitting for an external exam. Both these exams form the final grade in English given at the end of the 12th grade.

“All learning has an emotional base.”
Plato

I chose to end my post with this quote because I have noticed that English learners in my country connect learning English with the teacher’s way of teaching and personality. You often hear things like “I love English because of my teacher.” This is the case with me as well. When I was in elementary school, I had such a wonderful teacher, who knew how to enter students’ hearts and make them love the language. It is because of her that I became an English teacher. I simply loved her lessons, which were full of fun, laughter, and an enjoyable atmosphere of learning that made me fall in love with the language. So, English teachers, wherever you are in the world, remember that learning begins with emotion, so capture their hearts before capturing their minds.

Nahla Nassar works in Israel as a lecturer and pedagogical trainer for pre-service English teachers at the Academic Arab College of Education in Haifa. She has B.A. and M.A. (Hon.) degrees in English literature and is currently doing a doctorate in technology in education at Lancaster University (UK). She started her career as an English teacher, teacher trainer and counselor for English teachers, but is now focusing on pre-service education. She is a Google certified teacher and teacher trainer as her passion lies within the use of technology in education. She was a member of the SEETA (South Eastern Europe Teachers Associations) executive board. In her free time, she participates in online courses delivered by the American Embassy and puts that knowledge into practice in her own teaching context. View all posts by Nahla Nassar