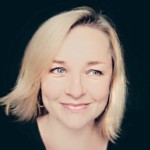 Teaching English in the Czech Republic

If you go online and search for the title of this post, you’ll get quite a few entries. You’ll come across a plethora of job advertisements and blog posts which eloquently summarize the pros and cons of teaching English in the Czech Republic. One of the things you’ll discover is that Czechia is a great place to teach English because it’s a beautiful country with stunning architecture, great nightlife and eager students. Such articles, as you can see, are mostly aimed at unsuspecting foreigners.

This post, however, is not going to be just another collection of tips for people making a decision about their next travel destination. After all, I’m not a language school owner so I have no desire to attract potential employees. Instead, I’d like to share what teaching English in the Czech Republic is like for somebody like me – a Czech currently based in a secondary state institution.

First things first. Not everybody can become an English teacher in the state sector of education; you’ll need some specific qualifications. Ideally, you should hold an MA degree from a pedagogical faculty or at least obtain a ‘pedagogical minimum’ certificate after you have graduated as an English major. This applies to the primary as well as the secondary level of education. If you want to teach English at university, you’ll probably need to aspire for a PhD.

A typical English teacher in the state sector is a non-native speaker and female, especially at the primary level of education. The ‘higher’ you go, the more likely it is you’ll bump into a male colleague. Ironically, at our school, all the English teachers are women. Why is it so? Well, generally, you won’t make a fortune as a teacher and men are still considered to be breadwinners over here. But stereotypes aside, since the working hours are quite convenient – there are no night shifts, you have all the holidays and weekends are almost always free – aspiring for a teaching job in the state sector is not a bad option at all, especially if you have a family and kids. Add to that the fact that the number of students in language classes is usually much smaller than in other subjects and that a high proficiency in English may open some other doors for you – in the field of translation and interpreting, travelling, presenting, etc. Finally, teaching English can be enormously gratifying so in fact, it’s a win-win situation.

As far as (non)native-ness is concerned, the lack of native speakers in the state sector is probably connected with the issue of qualifications. International certificates like CELTA or DELTA are almost unknown here, at least in my teaching environment. I can’t say for sure, but I don’t think they are even recognized as proper qualifications. Add to that the fact that native speakers seldom have the opportunity and/or desire to get degrees from Czech universities and you’ll see why they have become a rare species over the past few years. I’m mentioning this because in the past, in the era of backpackers merrily marching from the west to the eastern and central Europe, native speakers of English were quite common, even as state school employees.

But some other things have changed as well. Gone are the days when the grammar translation method was in. Now, we like to say that we teach English communicatively. Whatever it means, though, it’s not proved terribly effective as of yet. The Czech Republic is not ranked among the top non-native English-speaking countries with the best English. Mind you, we’re not doing badly. In 2018, we came in 20th according to the EF EPI Global Ranking of Countries and Regions. As an excuse, let’s stress that Czech is not a Germanic language so it’s tough for us to master it the same way the Dutch or Swedish do. But once we stop dubbing English movies, we’ll definitely catch up with them. We will.

Apart from teaching communicatively, we love using coursebooks. Our students and schools spend a lot of money on them. It doesn’t really matter that these days, loads of interesting teaching materials are accessible online and for free, and, most importantly, that some of the stuff found in globally produced coursebooks is unsuitable for a Czech learner. We still love coursebooks. This is probably because they represent something tangible – something to hold on to in the bad times.

Another thing we adore here in the Czech Republic is British English. It’s OK except that many students, as well as some teachers, believe that British English is the only correct version of English. But recently, with the influx of American pop culture, particularly the film industry, the situation has changed a bit. Now we have another version of ‘acceptable’ English, preferred by many students but still looked down on by some English teachers. It seems that not everybody has accepted the fact that there are more than one or two englishes out there. Also, we need to start acknowledging that non-native speakers outnumber the native speakers by three to one and the imbalance will keep growing. Thus, it may not always be desirable to aim for a perfect English accent.

Having said that, I believe teaching English in the Czech Republic has become much easier in the past few years. This is mainly due to all the opportunities technology offers these days. Unknown words can be instantly looked up in an online dictionary. There are useful apps which can help the learner to acquire English faster. English songs and movies with or without subtitles are just a click away. Sometimes it feels as if we are no longer teaching English in class; students learn it on their own outside of school and we only monitor their progress. The fact that our students can do without us just fine may appear a bit scary, but I believe there’s no need to despair. As our students get better, we, Czech teachers of English, are gently forced to become better professionals too. And that’s what I really love about my job – I don’t feel like I’m getting fossilized.

Hana is an EFL teacher with more than 20 years of experience with learners of all ages. She holds a BA degree in teaching English as a foreign language to young learners, and an MA degree in TESOL from Masaryk University in Brno, in the Czech Republic. She loves thought-provoking discussions on ELT topics, education and applied linguistics. Hana is passionate about social media and the plethora of possibilities they offer, and is constantly seeking opportunities to develop professionally, especially through blogging and connecting with her PLN. View all posts by Hana Tichá