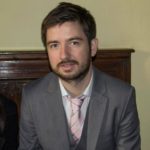 The learning curve faced by teachers when moving into a new context can be a steep one with a number of challenges to overcome, including understanding the course they’ll be working in, getting to know the learners they’ll be working with, learning the administrative ropes, and building relationships with colleagues. Provided the right conditions, the latter is not often a major obstacle for teachers, who often have a strong desire to communicate with each other and whose similar working schedules – both in terms of courses taught and the time they are at work – encourage collaboration and facilitate the forging of both professional and personal bonds.

For new academic managers, however, this is perhaps not always the case. A little over a year ago I became one of four Program Managers (PMs) of a large-scale English Discussion Program catering for almost 5,000 first-year students at a private university in central Tokyo. The main responsibilities of this role – to manage and develop the curriculum – included writing and editing the course textbook, defining and implementing assessment criteria, and managing the training and development of the 40 teachers on the program. During my first year in this role, I kept a reflective journal on my progress and found one of the strongest themes that emerged from my reflections was with regard to my relationships with the people around me.

I was hired as a manager at the same time as eleven teachers on the program and, particularly in the first few months, I often found myself comparing and contrasting my own experiences with my perceptions of how they were settling in. After we completed a week’s orientation together, we went our separate ways: I spent most of my time in the PM office, while the teachers located to the four teacher team rooms to work alongside their colleagues. From what I could see, all appeared to settle in quickly, developing professional relationships with a number of their fellow teachers, and many getting along so well that they began to arrange to spend time together outside of work, too. In contrast, I reflected in my first month that, “I’m not sure where I fit in yet”; my place seemed to be neither with the other PMs who, unlike me, were knowledgeable about the program and were able to support teachers when needed, nor with the new teachers, who had their teaching duties in common. No one else was in the same situation as me and, while I felt I settled in well to the new context and was able to carry out the basic duties of the role relatively quickly, I didn’t feel that I fit in well at first and lacked a particular sense of belonging, reflecting in my first month that my place seemed to be “somewhere between the two groups [of new teachers and managers]”.

If I felt this way, I certainly wasn’t the only one. I noted in my journal that “even some teachers seem unsure as to how to deal with, or even talk to, me – am I their boss, or am I a newbie?” Although everyone was extremely welcoming and very supportive, there were still times when people appeared unsure as to whether they could ask me questions unrelated to work or, at times, even if they could ask for professional support. A year ago I wrote in my journal that “the new teachers integrated with existing teachers [and each other] much more quickly than I did.” Reading back now, I realize that the word “integrate” is perhaps the wrong choice; it is obvious that the teacher-teacher relationship is different from that of teacher-manager.

From the first day I made it a priority to form a working relationship with all of my new colleagues as quickly as possible as I felt this was vital both to my success and my satisfaction in the role. However, I was also conscious that in my attempts to get to know my colleagues, I should try to strike a balance between actually learning more about the people I was working with and appearing to try too hard or come across as too pally; teachers may expect managers to be many things (supportive, approachable, knowledge) but ultimately I feel teachers desire a friendly manager rather than a friend for a manager.

Broadly speaking, I believe I initially put too much emphasis on teachers’ length of time on the program and allowed myself to be slightly intimidated by the idea of interacting with longer-serving teachers, who obviously had much more contextual knowledge than I did. While this was slightly nerve-wracking in the build-up to delivering training sessions, for example, it was also a motivating challenge which I enjoyed. As soon as I got to know the teachers, I realised my fears had been unfounded; they could not have been more supportive. However, this has helped me realise just how intimidating experienced teachers can be and, as I looked back on times when I have been the experienced teacher with a new manager coming into the context, I have since wondered, “could I have done more to help allay [their] concerns more?” In a similar yet slightly less anticipated vein, I was also more cautious when dealing with the people who I discovered had applied for my role. It was certainly nothing personal but, especially during my first semester, when I was perhaps less able to show why I’d been hired for the position, I found myself questioning what their perceptions of me would be. As I imagined, the learning curve may well have been less steep for someone being promoted from within and they may have even felt that they could have hit the ground running more quickly than I did.

Now, as I come to the end of my third semester in the manager role, I feel things have worked out well and I have found my place. I know I’ve made large strides up the learning curve and, although I am still very aware I am the least experienced of the four PMs and my contextual knowledge is still a few years behind those most experienced on the program, I am comfortable with that fact and confident in my ability to discuss matters with others on the program without worrying about how I may be perceived. With two new managers due to begin in our program next spring, I am already wondering in what ways I will be able to support these individuals during their own settling in period. The support of colleagues is, of course, vital in adapting quickly to a new role but this process seems to be a journey that can only be traveled alone. Reflection, as always, will help them (and anyone else in a similar situation), and I will certainly be encouraging that. It will be interesting to learn if their experiences mirror mine in any way and to see how they find their feet and their place within the program.

Peter has been teaching English since 2007 and has worked in a wide range of contexts in the U.K., Ireland, France, Germany, Latvia, Australia, and Japan. As well as being a Delta local tutor and external assessor, he is currently academic manager of a discussion course in a private university in Tokyo, where his main interests are teacher training and development, particularly through reflective practice and classroom observation. In teaching, Peter is most passionate about the power of feedback, and the use of Demand High techniques to get more from learners. View all posts by Peter Brereton