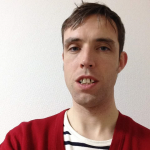 There are a lot of people who say that they could not teach teenagers, that it is too hard and that there is a “lack of respect”. This lack of respect keeps coming up, again and again. It is usually followed by some comment like “When I was their age, I wouldn’t have dared to do that”, where “that” could be anything from sleeping in class, drawing on desks, or just constant chatter, while the teacher – the authority figure – is there to ward off misbehavior. 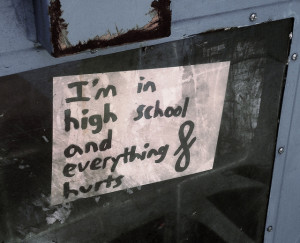 Lighten up! Maybe I am totally wrong here but these young people with their low-level disorder have reasons for what they do. Some of it is about what goes on in the classroom but some of it has nothing to do with school, let alone your lessons. Some teenagers get sleepy because they have heavy workload and social obligations. Question your responses and those of others around you. Are you sure the gamer who is sleepy in every class is not just trying to escape a turbulent home life? Is the noisy kid acting out or is it that there is so much worry at home that there needs to be a release somewhere? We are not always privy to such information so making assumptions seems unwise.

“They just hang out with their friends or play stupid computer games.” This hanging out is, sorry to say it, probably more important to the development of the teenagers in our charge than the finer points of irregular past-tense verbs. If we can make our language classes more social and provide an outlet for small talk, I think we can say that at least part of our lessons have been successful. “This graffiti is disrespectful.” Yes, it is. That said, nobody in their teens is seized by a desire to sit in rows for six hours a day listening to people on the other side of a wide generation gap. They go to school because there are consequences for not going. If I could have avoided school with no fallout as a teen, I would have. My personal outlet for the frustration I felt was a marker pen on the notices and warnings posted on the walls or in my maths, German and French textbooks. “The low-level disturbance is just constant.” It can be. Why? Could this be harnessed? If not, could it be contained?

I teach in a prestigious school that usually leads to entry to a prestigious university. The boys I see for an hour a week are or have been motivated, but sometimes they get close to breaking. On top of that, factor in the social anxiety and awkwardness that goes with teen age and it is a wonder I do not have outright hysteria on my hands every day.

So what do I do? Let them run riot? No. The language is there to be used, be it for entertainment or communication. There is a syllabus but as long as it is covered somehow, I do not care how the learning takes place. The only rules are that nobody is disrespectful of anyone, and that jokes are not funny if not everyone is laughing. It generally works, and that is OK; there needs to be a reason to use the language but if it only comes from above, then allowing a bit of subversion is the least I can do.

Nobody writes on the desks because the consequence is cleaning everyone’s desk. There is English spoken because the consequence is that you get more practice and can help your classmates. There is respect, hard won sometimes, transient at others, but it is there. Whether or not I am respected is neither here nor there; if my students at least respect one another, they nail their pragmatics and develop better conversation skills in English. It’s about them. My graffiti days are done.

Marc Jones was born and raised in and around Sunderland, England. He has worked in call centres, a library, then a Hawaiian bar in the Tokyo suburbs but finally settled on working in schools, colleges and businesses. He tweets at @11thhourspecial. View all posts by Marc Jones