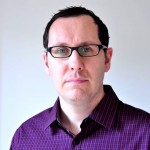 Compared to most teachers, I live an unusual life. Due to my partner’s job, every couple of years I change the country where I live and start all over again. I have to settle in, find a new home and job, get used to a new public transport system and generally get acclimatised. That’s how my life has been for the last ten years and I wouldn’t have had it any other way. I have learnt a huge amount from that way of life, mainly from the hundreds of students I’ve met in four different parts of the world. 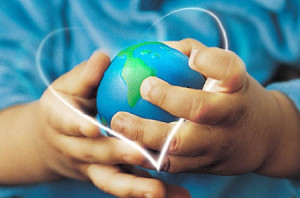 Recently, I moved back to Brazil, the first country where I lived abroad and the place where I became an English teacher. Back then I knew nothing about blogs, courses, resource books, journals, conferences, webinars, and there was no such thing as iTDi, Twitter and Facebook.  Anything that you could describe as ‘professional development’, activities that now make up a large proportion of my professional life, didn’t figure at all.

This time around it’s very different. I’ve only been back a couple of months and I’ve already been to two conferences and given two webinars for BrazTESOL and BrELT. I look forward to being a part of one of the most vibrant ELT scenes in the world.

So when iTDI asked me to write about 2015 as a year of change for me, it would seem most obvious that I would reflect on this transition from Costa Rica to Brazil and compare the two different teaching environments, but I’m not going to do that. After ten years, this change is something that I’ve become fairly accustomed to, so nowadays it doesn’t seem like such a seismic shift.

That doesn’t mean that 2015 wasn’t a year of change, however. The joy of this profession for me is that I find I’m always in a state of change. Even after ten years, I still feel I have a huge amount to learn about English teaching. There are so many aspects to what we do, from second language acquisition to motivation and from phonetics to international varieties of English, that I still need to learn a lot.

As an example, I recently completed the iTDi course with Philip Kerr on translation and using the student’s own language in the classroom. It was an eye-opening experience as I’d never really considered using the student’s L1 and it was clear how much I had been underestimating its potential. Philip also reminded me about the importance of repetition and how useful flashcards can be in helping learners remember the language we teach them.

Another thing that Philip mentioned was reading skills. For many years, like most teachers, I adopted the standard approach to teaching reading. I would start with some general discussion questions before following it up with some skimming and scanning activities, ending with the students trying to figure out the meaning of new vocabulary from context. What I’ve learnt in the last few months is that these activities have little or no use in the classroom which has been a big discovery for me. (If you want to find out more, start here).

Finally, I recently watched Hugh Dellar’s webinar for the University Of Limerick on colligation. Leo Selivan defines it like this: “If collocation is a lexical company of a word, colligation is its grammatical company. For example, verbs of perception, such as hear, notice, see, watch, tend to be followed by an object and an -ing clause: I heard you coming in late last night.” I was amazed listening to Hugh speak as it seemed to me that this was a fundamentally important concept that I’d never heard of until his talk. Another thing I need to learn about.

I know that being a teacher can sometimes be a thankless task. It’s not difficult to feel underappreciated, but we should be grateful that we work in a field which is so intellectually stimulating. Change is easy for us to grasp, there are countless ways we can learn something new and shake up our teaching practice. You don’t need to move from one country to another to experience it.

7 thoughts on “Change Is At Your Fingertips”