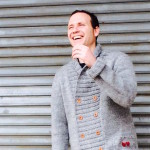 March is almost over. When it ends, so officially ends the school year here in Japan as well. Which means that tests have been marked, desks wiped down, and grades entered into each student’s report card. Again this year I am left with the nagging feeling that those grades, those indelible marks of ‘achievement’, fail to capture the important story of what learning is all about. But at least this year there were moments where I did feel that assessment was doing its job. That students were taking the kinds of tests which highlighted their own development and which fostered, as opposed to inhibited, learning. I would like to share two of the alternative assessment techniques I used in my classroom this year. While neither one was perfect, they both helped my learners, and myself, come to a better understanding of how and why we take tests in my school.

This year, I taught one ‘standard’ English class built around a lexis and grammar focused syllabus. Each unit consisted of 3 target grammar points and a 1500 word article containing a high number of set phrases and multi-word verbs. Instead of focusing on memorisation of vocabulary and grammar rules, I spent a majority of class time helping students develop the underlying skills they need to be more effective language learners. We worked on summarising skills, creating comprehension questions as a means of checking understanding against a classmate’s, and techniques for identifying multi-word verbs and phrases. At the end of each unit, one group of four students was designated to design the unit-quiz which would then be administered to the other students. While some of the skills students learned in class made it onto each quiz, most of the questions required nothing more than memorisation of large chunks of text and the application of discrete grammar rules. When I followed up with students, one group explained that for the standard tests they would be taking in the future, whether it be a university entrance exam or the TOEIC test, knowing lots of vocabulary and grammar rules would help them get the best possible grade. It was a classic example of negative washback, or the tendency for teachers to teach to a test. Only in this case, it was the students themselves who had chosen to learn specifically for a high stakes test they would be taking sometime in the future.

In a recent article on ‘social testing’, Tim Murphey (2013, p. 30) points out that, “our minds are no longer, if ever they were, isolated, independent, and individual entities, but rather our minds and our brains are interconnected and networked and work best with other minds in collaboration.” The way we test students on their learning is becoming more and more disconnected from the way students utilise that learning in the real world. By expecting students to merely study in order to fill in blanks on a piece of paper, or answer questions put to them by a teacher during an oral interview, we are arbitrarily cutting them off from the collaborative process of meaning making which is crucial to most learning outside of the classroom. With that in mind the final exam for my intermediate 4 skills English class this year consisted of the following stages:

I realize that, on the face of it, this certainly doesn’t seem like much of an evaluation. Students who had not, in any traditional sense, ‘learned’ the class content still had the potential to receive a passing grade. But in the end, the students’ test grades—a test which was extremely long and covered almost all the material for 8 months of coursework—did not significantly differ from their scores in class up to that time. I would also argue that students, through this process, ended up gaining something vital to their future as language learners. They learned to see studying for exams as a dynamic process and to recognise the importance of social capital. As Murphy points out, there is real value in helping students develop, “their ability to learn more socially rather than testing an isolated brain unconnected to others. (ibid. p. 29)” In feedback interviews with students at the end of the school year, many students highlighted how much more information they retained from this final exam than from other tests. One student in particular said, “I always study just so I can pass the test. Then I forget everything as fast as I can because I really hate studying. But this time, I remember most of what was on the test. Especially the things I learned from the other students.”

Just as our students rarely focus on and learn what it is we think we are teaching during our regular class time, my students’ ideas of the value and importance of a test is often very different from my own. Some take tests purely to get a good grade. Some to prepare themselves for a future, even more difficult test. Some for the pleasure of learning. Perhaps an important side-effect of thoughtful assessment is to allow students to recognise the various and sometimes conflicting reasons for taking a test. Before students put pencil to paper or begin to review their notes, they should be encouraged to consciously evaluate for themselves why they are taking an exam, to ask, “Why and how am I preparing for this test?” If they can find a meaningful answer to that question, they might see the evaluation process as a valuable opportunity to grow as a language learner, regardless of the grade handed back to them at the end of the year.

Join the conversation on assessment, the heartbreak and hope, by letting us add a link to your assessment blog post here on the iTDi ‘Assessment is…” issue: