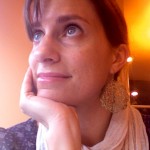 In fourth grade (I was about 9 years old), we were assigned the task of interviewing someone about their job. I interviewed my father’s friend and colleague who was a member of parliament. My friend interviewed my father, Guy J. LeBlanc. At the time, my father was a newly appointed member of the legislative assembly of Nova Scotia and represented Clare, the community we grew up in. Not too long after, someone asked me why I hadn’t interviewed my father. I had honestly never considered it. I guess I thought that the interviewee had to be someone outside my family. I remember feeling guilty about not having had this foresight. I felt like I had let my father down by taking him for granted.

About 28 years later, during my last winter vacation, I finally took the chance to interview him. But this time it wasn’t to just to learn about his work; it was to learn about how we are connected. I wanted to ask him about his experience in education since he seems to have worked in all possible parts of this field: swimming instructor; high school teacher; elementary school physical education (PE) teacher; minister of education for the Nova Scotia provincial government; principal at my old high school; high school principal in the neighbouring community; and superintendent for the francophone school board in Nova Scotia. This doesn’t begin to name all the other leadership roles he’s taken in our small community as well as the educational community at large. I thought his life experience might shed light on my own perspective of this field.

So lounging on the sandy white St. Pete Beach, with the warm sun shining down on us, I pressed record and asked him about his most significant moments.

Translating from French for this blog post, with the pleasant sound of waves, wind, and seagulls in the background, I transcribed *the first of our five interviews. Three themes stand out from this first interview: my father’s desire to create positive change in his community and how this relates to the well-being of the individual person, and his ability to take risks for causes he believes in.

One of the first positive changes he brought to our community happened at the beginning of his teaching career when he was an elementary school PE teacher. Hearing him describe this moment was significant to me because he was talking about something I had been very fond of as elementary student: taking swimming classes.

Me: What was one of your most memorable moments teaching PE?

Guy: One of my greatest accomplishments was convincing the school board to teach swimming to all elementary students for 10 weeks instead of the regular PE classes. There were many drownings at that time. Every summer there was a young person who drowned. The predominant industry in Clare was fishing. Everyone spent time around wharves and boats, so for me it was important for kids to learn how to swim. So I was able to convince the school board on the basis that if the kids could take the basics, they would be safer citizens.

Some kids could swim, but some kids had never seen a pool and would never see one because their parents couldn’t afford to bring them to the pool at St. Anne University. Like this, transportation was provided for the students, the “foyer ecole” (home and school association) raised money to pay for the buses, and the school board approved. This way everyone learned artificial respiration and other basic life saving skills, as well as basic swimming skills. If they fell in the water, they learned how to put on a life jacket and save themselves.

Looking back, that was probably one my best achievements at the elementary level. 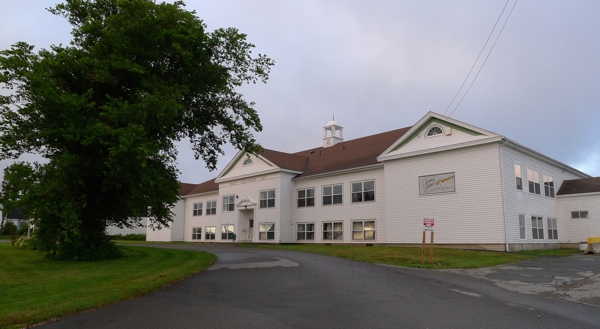 His desire to create positive change within the realm of education was not limited to his adult years, or even to his experience as an educator.

Guy: When I was a student at St. Anne, I had seen a bit of what happened in politics because we had started the strike at the university. The Eudistes (a congregation of French-Catholic priests) were in charge of the university at that time, and they were talking about moving the campus to Yarmouth (an English speaking community about 40km west of Clare). It had come out in the newspaper, so me and my friend John O’Brien — maybe it wasn’t only to save St. Anne; maybe it was so we wouldn’t have to go to class — we regrouped the students to protest the move to assure that the university would stay in Church Point (Clare). We organized a strike, as they called it. Every student didn’t go to class. We emptied the high school (Clare District High School)… all the students left school for a day or two.

Me: How old were you?

Me: How did you get the students out of the high school?

Guy: Someone passed all the houses and asked the parents if it was okay if their kids stayed away from school to protest. And everyone signed. There was a big volunteer organization of students who handled that, and we went to see the high school principal. As we said the name of the students (on the loudspeaker), they left school.

Although our community is francophone, at that time St. Anne was the only school in the area where the content and instructions were in French. Moving the school to Yarmouth meant putting our language and identity in jeopardy.

These are only two stories from the many stories he shared with me on the beach this winter. What did I learn from them? I learned that perhaps it’s normal for children take their parents for granted. Most of what we learn from our parents, doesn’t come from interviews, or even from words. My father’s actions spoke louder than words, and through this, I learned to have the outlook I have on life today. The outlook that positive change is possible, and that most of the profound changes we can make in our communities happen at the level of education. Schools may be the most powerful institutions in our communities. With good intentions and integrity on our side, we have the power to make education a legacy we can look back on with high regard. I am very grateful for my father’s legacy, and look forward to seeing what else it can teach me. 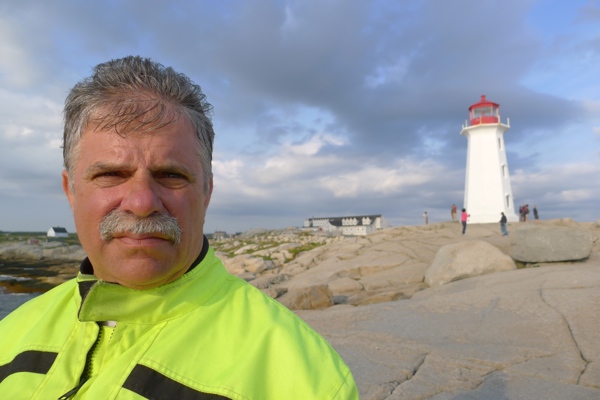 *I have posted the first part if this interview on my blog, Throwing Back Tokens. I intend to post the full interview, as well as the other interviews during the next few months.

Josette LeBlanc is an English language teacher and teacher trainer who currently teaches in Daegu, South Korea. She's curious about reflective practice, compassionate communication, and teacher development done both online and offline. She believes learning, whether it happens in or out of the classroom, is a process of discovery and transformation.  Blog: Throwing Back Tokens  Twitter & Instagram: @JosetteLB View all posts by Josette LeBlanc