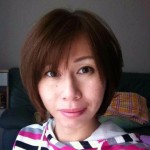 I teach a class on Tuesdays from 5:15-6:30 pm. There are 6 students in the class. Five of them are first grade students (4 boys and 1 girl) and the other student is a kindergarten girl. The first grade girl has been studying English since she was 2 and has already passed a pretty difficult standardised English test. She has a dedicated mother who observes each and every class. Sometimes the mother even takes pictures of what we are doing in class. My policy is to welcome parents observing class anytime, still I was surprised that this particular mother asked me if she could observe each and every class.

All the first grade students went to the same kindergarten. They are very energetic and used to come into the classroom and chase each other around in a game of tag. I would tell them “It’s time to start! Let’s make a circle,” but only the one kindergarten girl would ever come over. The other students just kept talking and running. Finally, they would wander over to me and say hello. Even when the lesson did start, one of the boys, lets call him K-Kun, kept talking in Japanese and moving around when he was supposed to be sitting down and concentrating. In fact, the only time he ever did sit still was for ‘prize time’ at the end of the class. The other students often imitated what he was doing and soon the lessons just fell apart. The other students would answer K-Kun’s nonsense questions and laugh whenever he talked. At first, I tried to figure out what was wrong with my lesson plans. Did I need to include more interesting activities? Did I need to make things more fun? I tried new games, roll-plays, fun songs, collecting stamps to get prizes. I made the activities short and moved directly from one activity to another with no wait time. I even tried arts and craft day and games only lessons. But it made things worse. The students enjoyed the games, but they didn’t try and use English at all, I could barely finish half of a normal lesson plan. I felt terrible for the kindergarten girl. And the poor higher-level first grade girl, what we were learning was far too easy for her.

I decided to talk about K-kun to his mother. Just as I had finally made up my mind to call her, she sent me an email. She wrote that she had heard about her sons attitude from the first grade girls’s mother who always observed our class but, more than her son’s attitude, she was upset that I would sometimes scold her son. According to her email, she did not believe K-Kun could possibly be misbehaving so badly in class. She thought I was being overly harsh. I called her, we talked, and I suggested she come and watch a class or two. She took me up on my offer and came the next week.

Even with his mother watching, K-Kun was 100% K-Kun. He talked to the other students when he should have been listening, he wandered around the room, and even talked to himself. After class, his mother told me that she didn’t know what to do. She said, “At school he’s a very good boy. His homeroom teacher tells me he is a leader. But at home, he doesn’t listen to me at all. I’m always having to scold him.” She looked down and almost whispered, “Actually, it’s driving me crazy. At school he is a very good boy. I don’t know why he acts like this at home and in English class.”

That’s when I realised K-Kun IS a good boy. He is trying his hardest all day at school. He is under so much pressure. When he gets home, he is exhausted. He just wants to relax, he just wants to talk and spend time with his mom. He just wants to be himself. So I gently suggested that she try not to scold her son, instead of telling him what to do next, take some time and listen to him. Don’t tell him how to behave in English class. Don’t make English class another chore he has to do. Just bring him to class and say, “Enjoy your lesson.” I’m sure K-Kun’s mom thought I was giving her advice, but really, while I was talking to K-kun’s mom, I was figuring things out for myself, I was thinking about what I had to do to be the kind of teacher K-Kun needed.

Since that day, I don’t start class by calling the students over and launching into an activity. Instead, I walk over to them and ask about their days. I share the stories of my day, too. Eventually we are all sitting down, naturally, in a circle and chatting. When I first started doing ‘circle time’ at the beginning of the class, it was 10% Japanese. As the students talked, they, and especially K-Kun, calmed down and would focus on the lesson. Recently, they have started to use the English we learned in class as they tell me the stories of their days.

I’ve been teaching English for 7 years now. Over that time I’ve gradually learned different ways to teach. I’ve also become better at listening to what parents want. The more techniques I collected and the more expectations I tried to meet, the less I could see the reason why I became an English teacher in the first place. I am an English teacher because I believed, and I still believe, that communicating in English is fun. Not only fun. It’s the kind of fun that helps students learn about themselves and their world. Unfortunately, somewhere along the line, I had gotten a little lost, and instead of helping students find their own world, I had tried to drag them into my own task-oriented world. It took one very ‘good boy’ named K-Kun to remind me that wanting to learn English often must start with a student believing that their teacher is interested in them as a person, that their teacher is truly interested in listening to whatever it is they need to say.

Amano Naoko is a private language school owner, Yellow Banana Kids English in Osaka Japan. She has been teaching English to young learners for over 7 years. She is an active member of the Japanese Association of Language Teachers. She loves to use English to help students step into the larger world. When she is not teaching English, she is singing songs with her family and enjoying Japanese festivals. View all posts by Naoko Amano