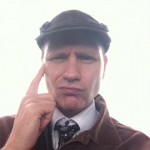 In political science, the Overton Window is the relatively narrow range of political policy recommendations that are acceptable to the public at any given time.  No matter how economically, morally, or scientifically correct a certain policy recommendation might actually be, if it doesn’t fall within the Overton window, the person recommending it will be considered either on the fringe of debate, or even worse, just speaking a bunch of craziness.  The Overton Window is a useful concept because it helps us understand how any large community of people evaluates ideas and how new ideas eventually become part of a community’s discourse.  We often say that a new idea broadens the debate.  But a large heterogeneous group has a limited range of ideas that they are willing to entertain at any particular moment.  Debates do not get broadened.  Instead, the relatively narrow parameters of the debate simply shift in one direction or the other.

In ELT, policy recommendations are called ‘best practices.’ While the name implies a set of teaching methods which should be implemented in every classroom, ‘best practices’ are closer to the menu of teaching recommendations which a majority of teachers are willing to entertain as both practical and useful.  One way to measure the influence of any particular language learning theorist is to keep track of things like how many times they are cited and plot it against the number of critical responses to their ideas over time.  But there is another way to measure influence, and that is by trying to see how what they wrote and said has shifted the Overton window in one direction or another .

When people talk (or write) about Stephen Krashen, they most often write about the finer points of how he formulates his hypothesis. This is very normal. They are engaged in an academic debate.  So it makes perfect sense that when Stephen writes about how people acquire langue and says:

“How do we move from stage i, where i represents current competence, to i + 1, the next level? The input hypothesis makes the following claim: a necessary (but not sufficient) condition to move from stage i to stage i + 1 is that the acquirer understand input that contains i + 1, where ‘understand’ means that the acquirer is focussed on the meaning and not the form of the message.” (Krashen, 1982, p. 31)

SLA theorists want to know what exactly is “i” and how can we go about measuring ’+1’.  But what, perhaps, has gotten lost in dust ups over whether these theories are properly formulated, supported by evidence, or even testable or not, is that Stephen connected and continues to connect these ideas directly to the language classroom. So Stephen doesn’t just walk away after saying learners need understandable input, but expands on the idea by saying that  “the best input is so interesting and relevant that the acquirer may even ‘forget’ that the message is encoded in a foreign language. (ibid, p.66)” and “the profession has seriously underestimated the amount of comprehensible input necessary to achieve even moderate, or ‘intermediate’ levels of proficiency in second language acquisition. (ibid, p.71)”

But even as people have busily and sometimes heatedly been arguing over these points, Stephen Krashen has not given up an inch. And even as his detractors have grown increasingly obsessed with knocking down his theories, something pretty remarkable has been happening around them. Teachers and publishers have increasingly worked to find and produce more interesting and engaging texts in which, if content is not the primary concern, it at the very least doesn’t play second fiddle to issues of teachable grammar points. In reading classrooms, teachers spend more time letting students actually read and less time ’teaching’ reading.  And in listening classes, very short micro-skills building exercises are designed specifically to optimize learning time and help make as much aural input as possible comprehensible.

I’m not saying that Stephen somehow directly orchestrated all of these changes. It would be pretty hard to untangle all the threads that have been woven together to make the current tapestry of ELT. But what I am saying is that by taking a fairly controversial position and defending and arguing for it at every single opportunity, Stephen has managed to move the Overton window, the ideas that can be entertained as a best practice, more than any other language theorist.

Stephen’s ideas have directly led to the Extensive Reading movement as well as, at least indirectly, influencing text comprehensibility and vocabulary acquisition research. The fact that we can walk into a classroom with some assurance that a text in which 98% of the words are known will allow students a fair chance to understand the remaining 2% from context (Hu & Nation, 2000) is the research driven answer to the question of what actually constitutes ‘i +1’. And it is not just in regards to what makes for good comprehensible input that Stephen’s lingering influence can be felt. Ideas as diverse as avoiding error correction during fluency activities, the importance of learner-autonomy and a need to introduce students to ways to seek out comprehensible input outside of the classroom, and even negotiated syllabus design that eschews a traditional sequenced grammar, are all to some extent influenced by Stephen’s theories.

If you want to know how indebted we are to Stephen Krashen, take the time to reread

and Second Language Acquisition: Theory, Application, and Some Conjectures (http://www.sdkrashen.com/content/articles/krashen_sla.pdf).

And then, before entering your next class, take a moment to just look through the classroom window and appreciate how much richer the learning opportunities for our students are, how much better the view, because of the work Stephen has and continues to do.

3 thoughts on “Why I Dig Stephen Krashen”