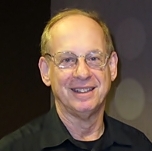 The case of Daniel Tammet became well known after a documentary, Brainman, was made. It has been shown world-wide since May, 2005. Tammet suffers from savant syndrome, a form of autism characterized by “an obsessive need to order and routine” (Tammet, 2007) and in his case, and extraordinary ability to deal with numbers. The documentary featured his linguistic abilities: After ten days of study of Icelandic, Tammet was able to converse in the language with two native speakers for 15 minutes. Tammet now knows ten languages.

Much of his ability in language acquisition is, without question, really a profound ability in language learning, not acquisition: Tammet has an incredible memory. He holds the European and British record for memorizing pi, at 22,514 digits. (This is, incidentally, sixth in the world. The world record is held by Chao Lu, 67,890; see here for rankings.

It is clear, however, that he uses both learning and acquisition: While studying Lithuanian, while working as an English teacher in Lithuania, he worked with a teacher: “I wrote words down as I learned them to help me visualize and remember them” (conscious learning) and read children’s books . . . (acquisition)” (Tammet, 2007, p. 134). (Parenthetical notes added by SK.)

When he started working on Icelandic, he read texts aloud so his teacher could check his pronunciation (conscious learning), but he also stated that “the large amount of reading helped me to develop an intuitive sense of the language’s grammar (acquisition)” (pp. 208-209).

“When I’m learning a language there are a number of things that I consider essential materials to begin with. The first is a good-size dictionary (conscious learning). I also need a variety of texts in the language, such as children’s books, stories and newspaper articles, because I prefer to learn words within whole sentences to help give me a feeling for how the language works (acquisition)” (p. 161).

Tammet has set up a website, selling lessons in beginning and intermediate Spanish and French. An inspection of the syllabi, available without charge, reveals that the focus of each lesson is a point of grammar.

Before we conclude from this case that the best approach is a combination of acquisition and learning, we have to remember that Daniel Tammet has memorized pi to 22,514 digits. A safer conclusion is that conscious learning works well for those with the prodigious mental powers of Daniel Tammet.

From: Krashen, S. 2012. Seeking a justification for skill-building. In: In: Proceedings of the 19th Annual KOTESOL International Conference, Seoul, Korea, 2011. pp. 13-20 (available online here, scroll down).

Subcribe to Stephen Krashen’s Blog where you’ll find this paper and many more on a variety of topics of interest and concern.