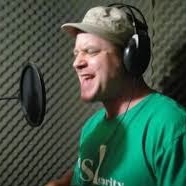 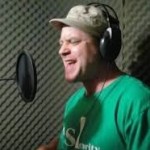 My daughter, Lola, just turned seven. English is her native language, yet last week she ‘hurted’ her finger and yesterday she ‘writed’ a letter to Dominic (the ‘love of her life’). “Oh, that’s right; you hurt your finger,” I say. And, “Oh, you wrote a letter to Dominic?” She responds: “I hurt my finger; I hurt it really bad.” “I wrote him a letter. I wrote it on a card I made.”

There is no need to correct Lola’s mistakes; she simply needs to hear irregular verb forms more often. With enough input, she’ll acquire them for life. She repeats the correct forms, instinctively, without being prompted: more input, plus practice. In countless stories, songs, movies, and conversations, she will hear (and read) them as they occur naturally in collocations.

Of course, learners of English as a second or foreign language rarely get this sort of input and practice. “Studying like crazy” (e.g., reading and copying irregular verbs) might get them closer, but typically they’re bored or stressed out or both-not a great recipe for acquiring vocabulary or keeping motivation high. And in most cases-such as with an alphabetized list of verbs-the input isn’t contextualized. This makes it even harder to store the words in long-term memory.

The key to using a language accurately and fluently is to follow the 3Rs. No, not “Reading, ‘Riting, ‘Rithmetic” (for those of you who grew up in the U.S) but rather, “Relax, Repeat, Remember.” This is how we learn our native language; and it’s what children and adults learning second and foreign languages ought to be doing, too.

That woman you know who didn’t speak a word of Thai but lived with an awesome family in Thailand for a year and “picked up” the language? She followed the 3Rs. Your cousin’s friend from Colombia who has never set foot in an English speaking country but speaks with high accuracy and fluency from watching so much television? He followed the 3Rs.

Kids come hard-wired to repeat new language without feeling anxious or self-conscious. In fact, they enjoy it; they’re hungry for repetitive input. They’ll ask you to read the same book to them nine times in a row or play the same song again (and again and again). We adults, on the other hand, have developed higher order cognitive skills. We read a story; we understand it; we’re done. We check a word in a dictionary; it makes sense to us; we’re on to the next word. Without enough repeated exposure to vocabulary in context, it is hardly surprising that most of us language learners are not as accurate nor as fluent as we’d like to be.

But wait a minute. Are children the only ones who want to hear songs again and again?

If we’re talking about your typical ‘pop’ song compilation for four-year olds, featuring gems such as “Bingo” and “Row, Row, Row Your Boat,” then the answer could quite possibly be yes (especially if you’ve got that #@$% CD in the car). On the other hand, you might play a new release by your favorite artist dozens of times. Ditto for a song from high school, in spite of the fact that you’ve heard it at least 200 times.

Have you ever read the same book 200 times? The same newspaper article? Is it fun to listen to your Uncle Freddie tell the same story about his trip to Las Vegas?

There’s something different, something special about rhythm and rhyme.

Our brain likes patterns. Patterns, by definition, repeat. (Contrast this with reference lists arranged alphabetically).  Rhythm and rhyme are such powerful patterns they get “stuck in your head” more easily than others do. When was the last time you couldn’t take your mind off of a series of shapes you saw in a magazine ad?

And for human beings, music is as fundamental for nourishment as food. But as with food, there are different tastes.

With these ideas in mind, I wrote a song in 2010 to learn and practice irregular verbs. I grouped them according to sound and spelling patterns and wrote lyrics that I thought would appeal to my students, who were young adults from various countries around the world. I grew up listening to and djing hip hop music, so the song, “Stick, Stuck Stuck”, is a rap song with a simple, ‘old school’ beat.

It begins this way:

I hoped my students would like the song enough to repeat it and get the multiple exposures they needed. True, native speakers don’t learn irregular verbs this way. But walk up to one of them and say, “take, took taken” and then “bring, ______, _______” and they’ll fill in the blanks. Our brains store the verb forms this way once we’ve heard and seen them enough.

This is what I wanted for my students: to be able to access and use irregular verb forms naturally-with fluency and accuracy-in conversations, in job interviews, while writing essays, wherever and whenever they needed to.

Thankfully, they liked the song and one student shot a video of me performing it. The students performed the song afterwards, though this isn’t included in this particular video. I’ve written many songs since, some of which you can see in videos on my YouTube Channel. I’ve just finished a new one entitled “Fresh (fresher, freshest)”. Can you guess what the language focus is? 😀 I’ll be performing it during my session at the  iTDi Summer School MOOC. I hope to see you there!

Rhythm and Rhyme: Follow the 3Rs with these 2Rs and watch (and hear) your vocabulary grow. “You’ll learn without looking when you stop feeling bored and stressed. Having fun when you learn is when you learn the best.” -Fluency MC

Join Jase and more than 30 other iTDi presenters for the iTDi Summer School MOOC live from July 20th to August 17th 2014.

Jason R. Levine (Jase, for short) is Ambassador and Knowledge Entertainer at WizIQ. He also teaches in the MA TESOL program at the New School in New York City and writes songs and chants for several publishers, including Oxford University Press. He is chair-elect of the TESOL Interest Group Video and Digital Media and works as an English Specialist for the U.S. Department of State. Online Jase maintains the ColloLearn YouTube channel and the Fluency MC Facebook page. He’s an active administrator of over a dozen Facebook groups for English language teachers and learners including, All Things EFL, ESL, TESOL and Innovative Teachers of English. Watch his groundbreaking video Respect Tunisia and spread the love. View all posts by Jason R. Levine

One thought on “Movement, Rhyme and Rhythm in ELT – Jase”