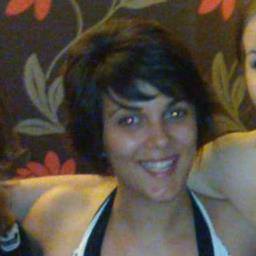 Research: NOT For Academics Only
Kieran Dhunna Halliwell 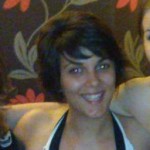 How do you feel when you hear the words “research shows”? It used to grate on me and make me switch off because research was something academics, with high-brow qualifications did and having done an Open Degree through the Open University composed of a variety of unrelated courses, my lower echelons of British society and the world of academia, unfortunately, had always been a mystical place which I didn’t understand. Even the degree I gained from the OU was accidental! I hadn’t realised I was studying towards one in the first couple of years as even the basic points system was confusing to me. I didn’t know what BA, BSc, MSc or Phd’s were or how they related. I didn’t know what an undergraduate was compared to a postgraduate, until I did teacher training and saw the PG in PGCE stood for post graduate. Research then, was something done by other people who understood the system and the big words; it was done by clever people – not people like me.

The social structure of research gave me the perception it was unattainable for me, despite the fact I was interested and thought it looked fun. I am sure there are others in the world, especially in education, that feel the same. To research is to find things out, making it by nature to learn. When you think of it as learning, what is unattainable about it? We are capable people. The chances are, like me, you walk around having random ideas, wonderings and make predictions in your mind thinking nobody would be interested if you shared them or not knowing where to start.

Nevertheless, if you look at nature and the animal kingdom, curiosity is apparent. From the toddler opening all the cupboard doors to the ants exploring the kitchen, living organisms have a sense of wonder. Humans have a need to explore. Throughout history we have explored geographically; we explore our limits physically; we explore our limits emotionally and psychologically, and on a daily basis we explore intellectually.  By not stretching understanding of what is known, there is a danger that people become passive in life and the world around us wallpaper. Asking questions, investigating, comparing and hypothesising are all consequences of curiosity yet they are also the foundations of research – this is what research does, and it is accessible to all!

My activities and the ‘Researchers Mindset’

Due to the misconceptions detailed earlier in this post and a lack of understanding of the essence of research, it has taken me a long time to be able to say “I am a researcher” comfortably.

Most recently, I have been working on ‘The Floating Teacher’. This is an action research project that looked at how videos made by and featuring the teacher could be used in class by children to aid in the learning process. The videos were also accessible from home. It is a variation of the ‘flipped classroom’ model, offering learners more autonomy and freedom with the speed they assimilate information as well as an extra way to use the teacher as a resource. Videos were filmed and put together quite simply with the use of an Ipad and windows movie maker and deliberately have an ‘amateur’ feel to them; it was important to me the videos felt approachable and did not appear as polished articles. As a learner I know I do not engage with things if they do not have a personal element so the videos were designed to ensure this was included. Personalness is something I feel is missing from technology at the moment, hindering it in a way, and I wanted to see what impact a personal touch would have on learners use of the materials, if any.

Originally, the project design involved collaborating with other schools, measuring usage of the videos from home and at school within lessons and meticulous recording of data, statistics and website analytics. However, it quickly became apparent I had overestimated what was achievable at that point. I was so enthusiastic about the project that the complexities of reality hadn’t been factored into my plan so when events at school such as parents evening, assessment weeks, changes to timetables and meetings cropped up, I found it hard to supply the videos needed for the research to take place. The videos were made from my home setting and during latter stages, required someone else to help me film them. At a crossroads, the plan was scaled down to focus on my class only and fell into a natural pattern over the next six months, with the focus latching on to the children’s use of the videos in class, as that was something we could observe and had control over.

The practical element of our research finished at the end of March and after analysis of questionnaires and compilation of all information in April, is in the process of being written up, with a hope of initially sharing more about it at a conference in July (www.itte.org.uk). When we initially discussed running this project as ‘research’ I put on a persona and was in a mindset of playacting (after all I am certainly not academic). I tried so hard to understand what research was, and what being a researcher is that I missed what now feels blindly obvious; life is research. Teaching is research. Getting to know pupils is research. We incorporate many elements of the role into our day-to-day activities without really realising yet for some reason, a perception that research is for those with higher level qualifications pervades. This is wrong! It is this perception that stopped me from being involved, or even realising that things like the Culture Chat project were a basic level of research (www.kdhculturechat.blogspot.com). Is the same perception stopping you from being involved?

Now that I have had a taste of it, I spot opportunities to research everywhere. In my head, I’ve already planned several with unbridled enthusiasm! Just as the sun parts the shadows, action research is beginning to lift the barrier that stands between those in classrooms and those that write research papers. The most valuable thing I have learned so far is that research is not about being published – it’s nice, but that is only a small part of it. Research is a mindset. It is accessible to all. It is a way of thinking that we can encourage within ourselves to help us engage with life more personally, and to understand our learners, classrooms and teaching professionally.