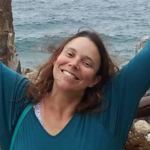 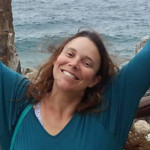 Creativity. Either you got it or you don’t, right? Either you’re a right-brained person or a left-brained person, right? We all know that this is silliness and has been proven untrue, but does that mean we believe it?

I started doing creative writing activities with my students to help them express themselves when they were too shy to share their ideas orally. Here are some of the things I’ve tried and what I’ve learned along the way.

One of the benefits of Cinquains is that within the structure of a Cinquain, students can feel the safety of having a “right way” to do it. It has enough structure to make it a challenge and enough freedom to make it a choice. The result always uniquely represents each student and even they are amazed at how differently they all approached it. More importantly, they collaborated and helped each other with it.

The second creative writing task grew out of a unit on vices. My students read an example poem called “Gossip” written in the first person. Then I asked them to go home and choose a vice and write a similar poem for homework using some of the new phrases they’d learned. I had no idea whether they’d try it or not. They had an example, but no structure at all. No detailed instructions. No step by step of how to write a poem. Their results surpassed my wildest expectations and were as diverse, unique and creative as the students themselves.

I learned from this that my students are brave. That when we take away the structure and steps, they still want to be heard so badly that they will put themselves out there even when they aren’t sure of the “right way”. One of the boys wrote about alcohol and anger, a reflection of his life at home. A girl wrote about lies and rumor, connected to an experience she had at school. Another abandoned the topic entirely and just let her words fall from the sky. And I would never have seen any of it if I had bound them with rules and structure.

After spending two weeks learning about goal setting and steps to achieving dreams and sharing their specific dreams, I came to class with a stack of recipe cards. During the class we wrote a recipe for banana pancakes on the cards. Then I pulled out a bowl and spoon and we passed it around adding (sadly, imaginary) ingredients and giving it a stir to make pancakes. I asked them to write a recipe for success for homework.

The results were varied – some used measurements they made up themselves and others combined recipe vocabulary with success vocabulary and created success pancakes. The icing on the cake (or perhaps I should say maple syrup) for me, though, was when a photo appeared on my student’s Facebook page of her personal recipe (175cm of tall, etc). Not only was she using English outside of class, she was adapting it in her own ways and sharing it!

Not all students like all forms of creative writing, but when they find things that they like, they really run with them. More importantly, finding their creative voices gives them courage to try other things – like performing a play or learning a song.

I am really glad my students and I had this chance to explore their creative sides. Together we learned that with a little structure they can help each other and gain confidence to create poetry, but the structure is not as important as the ideas and thoughts that they bring into it. Creative writing doesn’t come from the textbook or the teacher or the task. It comes from the writers’ trust in themselves and each other and willingness to believe, if only for a moment, that they are enough.

Connect with Anne and other iTDi Associates, Mentors, and Faculty by joining iTDi Community. Sign Up For A Free iTDi Account to create your profile and get immediate access to our social forums and trial lessons from our English For Teachers and Teacher Development courses.

Anne is just a teacher. She believes that every voice is valuable - be they teacher or learner - no matter the highest degree of education they have attained, the type of institution in which they work or organizations in which they are involved, the types of learners they serve, or the country in which they were born. Anne resides in South Korea and can be reached on Twitter @annehendler. View all posts by Anne E. Hendler