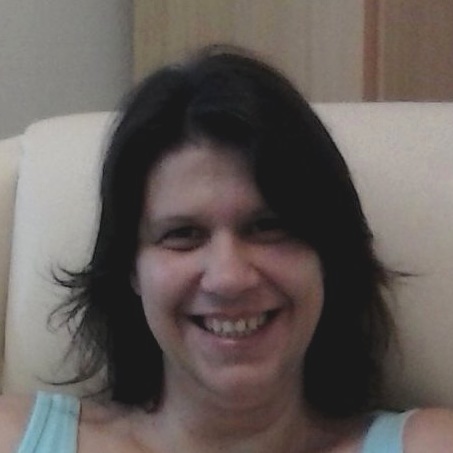 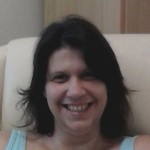 Grammar: From Knowing About It To Knowing How To Use It – Rose Bard

I used to think that presenting was the most difficult part of the lesson and I strived to make it as clear and interesting as possible when it came to grammar points. Then, once students had a lot of controlled practice, I thought they would naturally be able to use it on their own. But once they encountered the grammar point in a new situation, or context was not made clear enough for them, they wouldn’t know what they would need to use. So as you can see, focus mostly used to be on grammar and getting it right. At some point I started wondering why I couldn’t give my students more freedom to say what THEY wanted to say and help them reshape what they knew or thought they knew about how the words were put together to form sentences, paragraphs and texts.

As I learned English living in London and Arabic while living in Egypt, it was hard for me to follow that line of teaching as the way I learned languages while living abroad was different from the way I was trained to teach. Not because I had never received any formal instructions. I had. One of the first things I did was to buy a dictionary and a grammar book when I got to England. I used to wake up, have coffee and work on my grammar book on my own. I would translate word by word and fill the gaps of the exercise, then check the answer key. I would also ask people around me to teach me how to pronounce  words and sentences. I wanted to communicate to others, so I’d take any chance for that. Later on, I joined a language school. The same happened in Egypt. I had books and I counted on people around me to help me communicate.

In the classroom most of the interaction between teacher/students and students/students can be artificial and dull if it exists around grammar points only. Even if we make students spend a lot of time practicing grammar, and it is disconnected from what they would rather be learning to attend their needs of communication in the outside world, it would have little effect on their outcomes. By talking to my teens, I have discovered that they do a number of things outside the classroom related to English. Some of them like playing video games, chatting with other players, watching TV series, online surfing and listening to music. Some totally avoid doing it in English because they can’t deal with authentic language. And it is not uncommon for those who actually are in contact with English outside the class on a regular basis to bring their own doubts about the language and topics from outside the class , but most of the time we are so busy with our lesson plan to listen to them and use their knowledge of the world outside as a resource/material in our classes. Those moments could be great moments for learning how language works through conversation, by allowing them to bring their own subjects related to English usage.

Who has never heard about a phrase or word they heard from the movie, game or song which they were eager to talk about?

Instead of planning grammar lessons nowadays, what I do is create opportunities, or take every opportunity for language to emerge naturally and work from there. I also know that every learner is in a different point of the journey and they are the only ones able to make sense of the grammar they are learning. If you want to have a bit more control of what students produce and work from there, I would suggest using digital devices to record oral interactions and notebooks to record anything they write.

The purpose of audio recording is registering language that can be used in different tasks and for different purposes. Here is one example of how I use it with mixed-levels groups.

Once, I invited a student to have a conversation with me about the trip to an amusement park (they had been to one in the week before – it was a school trip) while the rest of the group just watched us talking. The most confident student accepted the invitation and took the hot seat. I informed the student that our conversation was going to be recorded and would be used later in a task. I tried really hard not to let the grammar police take over me and carried out the conversation as natural as possible. After the conversation, I asked the students to recall what their classmate had said about the trip. I didn’t ask them any questions. They recalled information and I wrote on the board. I wrote everyone’s contribution and then they discussed in pairs what they could notice about the sentences on the board. Back to the board we focused on form (simple past), quickly reviewed regular/irregular forms and answered any doubts they had about language and they took notes in their notebooks. The next step was to erase the sentences off the board and request them to write down the questions this time. Once they were finished, I elicited the questions and wrote again on the board making the modifications needed to make them correct. All contributions were accepted. They were not allowed to correct the sentences in their notebooks at that point. Just to listen to everyone’s contribution. Then, the next stage was for them to compare the corrected version on the board with their own, make corrections and add the contributions from others in their notebooks. Then it was time to listen to the recording and check the questions that were really asked during the interview.

Nowadays notebooks are an essential part of my classes. Whenever there is a speaking activity where students have to discuss a topic, add their opinions, tell an anecdote, I ask them to write it down in their notebooks first. When they write down they use more language and make more mistakes, but it is also the moment when I will walk around or they will come to my desk and we will discuss language and how it works. There are times, depending on the activity, when I will ask students to use my feedback rubric to guide them in self-discovering. I’ll try to make them think of what they already know to help them rewrite their sentences or discuss a word/phrase that they want to use but which might not be the best choice for that context. Using the notebook means to personalize learning for each student.

I really believe that language learning has to be also a personal journey even when they are studying in a group. There should be enough space in the class for each one of them to be seen as individuals with their own needs and knowledge. Students should also know that they can contribute to each other’s learning by creating the right atmosphere to become better users of the language.

Connect with Ann, Adam, Alexandra, Arzu, Rose, Miguel, and other iTDi Associates, Mentors, and Faculty by joining iTDi Community. Sign Up For A Free iTDi Account to create your profile and get immediate access to our social forums and trial lessons from our English For Teachers and Teacher Development courses.

Rose has been teaching English in private language schools since 1998. A passion for teaching and learning led her to pursue a major in Pedagogy with emphasis on Early Childhood education. She has been working as an English educator for the past 5 years for SATC School, a great Educational Institute. She works in the language center department with all levels and ages. She loves learning from and with other teachers. She is also very interested in online professional development and the role of technology in order to enhance authorship and language learning through a process of dialog. View all posts by Rose Bard