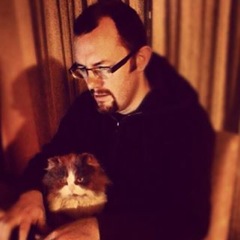 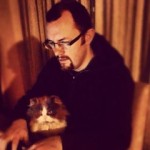 Games have many benefits for learning, encouraging us to learn new skills, develop strategies, think critically, follow instructions, and reach targets to name but a few. The great thing is all of this can be achieved with the knowledge that in the event of ‘failure’ we can simply try again and, even better, we can have fun at the same time.

The same is also true for video games. When playing them, we need to think and react to what is happening around us and interact with the game world, its characters and even other players to progress. With the recent growth in use of mobile devices, gaming is literally everywhere and has become a major part of people’s daily lives, especially amongst the younger generation (who make up most of our students!) These games are engaging and motivating and, best of all for English language learning, most of them are in English.

In fact, the learning opportunities video games (intentionally or not!) offer have given rise to the concept of game-based learning (GBL) – in short, the use of games to increase student engagement and promote learning.  However, despite the benefits, there are also issues about the use of video games in the classroom. One of the major issues is cost. Buying games and having the necessary equipment for students to have access to them can be expensive. There is also the issue of which games to use. While gaming is popular, not everyone likes the same games or has the same devices. And finally, there are a few people who might view games and gaming as not being educational or a productive use of lesson time.

So, how can we best make use of video games to motivate our learners and help them develop their language skills? And how can we do so without running into some of the issues mentioned above? Well, what I do is to introduce gaming as a topic without actually using the games themselves. This offers a way to get my students engaged by connecting lessons with something they love doing and also gives me the chance to test the water ahead of potentially doing some game-based activities in the future and I will share some of those ideas with you now.

Introduce your virtual self

Games often have ‘avatars’, characters that players make to represent themselves when playing. These can be a great source of descriptive language in the classroom. For example, you may be entering a new class but find that the students already know each other and are bored of traditional ‘get to know you’ activities. So why not get them to introduce themselves as avatars from their favourite games? Or, if you need to review language for introducing yourself or describing people in the middle of a course, get the students to use their avatars for inspiration then. This ensures such activities stay personal but avoid being repetitive.

Another way to make use of avatars in class is with an adaptation of a guessing game. Before the lesson, ask the students to email you an image of an avatar they use when playing. Once you have collected these, display them all on the class projector (or you could print them and display the pictures on the wall). The students’ first task is to try and match the avatars with their creators and also guess which game the avatar is from. Follow this up by revealing the answers and getting the students to ask each other about their characters. Wrap it up by getting the class to compare the avatars with the people who created them. This is a great way to get your students producing lots of language (speculation, descriptions, comparisons) in a highly personalised way.

With my young learners (I mainly work with 10-13 year olds), I have found they are always keen to talk about favourite games and they know a surprising amount of vocabulary from them (for example, without any prompting they use words like swipe, tap and tilt when describing tablet and smartphone games). These gaming chats used to take place outside lesson time but nowadays I make them a focused part of the lesson. This might take the form of a simple speaking activity where the students ask each other questions like “what kind of game is it?”, “how do you play?” and “what is the aim of the game?” Alternatively, it could take the form of a guessing game in which a student describes a game and the others listen and try to guess which game it is.

My students also enjoy discussing issues about gaming. I have posed questions to them such as “How can games be useful for language learning?” and “What are the pros and cons of using games in the classroom?” Such discussions are great because the students usually have a lot to say and it also gives me a clear indication of how my students feel about games and how they might react to their use in the classroom. It’s also good to put a clear emphasis on the idea that games can be used for learning in the classroom, not just as an excuse to play. Other fruitful discussions include “what makes a good game?” and “what does the future hold for gaming?” These are all discussions that my learners, despite their young age, have been keen to participate in – a case of high interest and engagement transcending limited language.

This is the final way in which gaming has had a major impact on my lessons in recent times and it is my favourite because it came about entirely from the students themselves! Last year, we had just finished studying a unit in our course book about unusual homes and we were preparing a project on the topic. One of the suggestions in the book was to design and/or make a model of a treehouse. One group of boys approached me and asked “Can we make our treehouse in Minecraft?” I was not very familiar with that game at the time so I asked them to explain what it was and how they could use it for their project. They proceeded to explain that this was a building block game in which you could create all kinds of structures and their plan was to make a treehouse in the game, take screenshots of it and use those for their project. I told them to go for it, expecting a poster of printed out images, but I got something even better. They compiled the screenshots to make a video, which can see here:

Granted, there are some basic language errors in the video but that is not what is important. Thanks to this game, these students were able to create a detailed project and, thanks to their enthusiasm for and love of the game, they got very creative and went so far as to produce a video by themselves! That set the ball rolling and for the rest of the year,  every time we did project work at least 3 or 4 groups would do something with Minecraft whether that be a story set in the game world,  a poster using images from the game or a video showing something they had created in the game world.

That for me sums up perfectly why games and gaming have a place in the classroom. They encourage creativity, increase engagement and promote language production. As the above examples hopefully show, you don’t even have to play any games in class. Just using gaming as a topic can give these results.

Do you have any experiences of using games or gaming as a topic in the classroom? Please share.

Also, if you are interested in learning more about gaming in the language classroom, please check out my GBL blog: eltsandbox.weebly.com

Connect with Dave and other iTDi Associates, Mentors, and Faculty by joining iTDi Community. Sign Up For A Free iTDi Account to create your profile and get immediate access to our social forums and trial lessons from our English For Teachers and Teacher Development courses.

David Dodgson is from the UK and when he isn’t catching Nightfin Snappers in Azeroth or delivering tractor parts to warehouses in Sweden, he works for the British Council in Bahrain as an ICT coordinator. He has also worked in Turkey and Gabon, gaining experience with young learners, adults, ESP and EAL classes. He runs two blogs, davedodgson.com, which is about his teaching and learning experiences, and eltsandbox, which focuses on using digital games as authentic materials for language learning. View all posts by Dave Dodgson