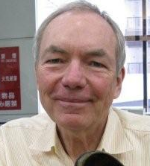 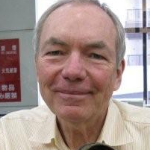 What have I learned? What am I learning?

The first thought I had when asked me to write something in response to these questions was that anything that I wrote would be banal—obvious and boring. I was a bit relieved to find that the origin of banal was “common to all” which heartened me. I was heartened because one of the lessons I have learned is that if we explore what we are doing together and listen to points of view that are different from our own we can learn much more. I realize that listening to those with a different perspective seems to contradict the “common to all” idea. But I interpret “common to all” meaning all have something to contribute.

I have learned through the years that it is just as important to get students’ opinions as colleagues. In the beginning, students tend to say only what they think you want them to say. But when I tell them to write 2 things that they do not like and 2 things that they do like, with no names on the comments, they begin to write what they feel and believe. I have learned that a few words from a student who is weak is just as valuable as many words from a student who is strong. What do the words weak and strong mean anyway?  So I am continuing to learn ways that I can translate the words “common to all” into practice.

I studied literature in university. Though we read some literary criticism, many of my professors kept asking us to write what a poem or short story or book chapter meant to us. After we shared our interpretations we saw how we each quite different ideas of the meanings of what we read. The professors then shared their reflections and pointed out what various critics had written.

For my dissertation, I asked students to react to short stories that they read. Most of them simply retold the story. They made hardly any interpretations. They did not identify with the characters. They had no emotional responses. I was distressed by what they said. But when I looked at the textbooks they were using the majority of questions about what they read asked for recall! So it was clear that the authors of the textbooks had different ideas from my literature professors and my focus on “common to all”.

Ellen Condliffe Lagemann, a former colleague of mine at Teachers College, Columbia University is a historian. In 2000, she published a book which she subtitled “The Troubling History of Education Research”. She contrasts the ideas of two often-quoted professors from Teachers College: Thorndike and Dewey. Thorndike said that we can measure everything. Dewey was keen for teachers and students to explore, not prepare for tests or be tested all the time. She points out that though there is a quote from Dewey above the entry to Teachers College, there is no building named after him. There is one named after Thorndike.

Those who measure are very much in control these days. But from my days at university to my teaching since then I have learned how detrimental measurement can be. Eleanor Duckworth who has taught in the Department of Education at Harvard for many years edited a book called “Tell me more” in 2001. The subtitle is “Listening to learners explain.” Though she was not in any of my classes in college, she is advocating what my professors practiced: everyone has something to offer.

The first book I produced was a collection of lesson plans from fellow Peace Corps Volunteers who like me had taught in Nigeria for two years. One purpose of the book—Teaching English in Exhilarating Circumstances—was to provide suggestions that we would have found useful when we started our teaching. But another purpose was to remind the new teachers that if they shared plans with each other as well as with their students they could learn more than if they just read books produced by commercial publishers.

I just completed my first on line live iTDi course with 35 teachers from 8 countries. I was moved by the candor of most of the participants. And both they and I saw how teachers with different amounts of experience and levels of English and in very different settings could learn from each other.

States in the US are signing up to require all schools in their states to follow what is called the Common Core Standards. These so called standards represent to me the opposite of my idea that all have something to contribute. Tragically, what I continue to learn is that people are constantly assaulting the idea that everyone has something to offer and that we can all learn from each other. Nothing new here. Emerson, Thoreau, Freire, Sylvia Ashton-Warner, Whitman, Dewey, Montessori, Gatto, Postman, Frank Smith, to name a few of my soul mates, all showed how Common Core Standards are detrimental to learning. Celebrate the banal!

John became involved in ESOL by becoming a U.S. Peace Corps Volunteer in Africa. Upon completion of Ph.D. at Columbia University, Teachers College, he joined the faculty. At Teachers College, his main interest was observation and analysis of interactions, both inside and outside of classrooms. "Beyond Rashomon" and "Let's see", two of his seminal articles in the TESOL Quarterly, have been reprinted in many anthologies. "Beyond Rashomon" was the basis of Breaking Rules (Longman, 1987) and "Let's See" was the basis of Contrasting Conversations (Longman, 1992, reprinted 2010). Try the Opposite (SIMUL, 1992, reprinted 2010) grew out of his work with teachers in Japan. He has been active professionally, serving as president of TESOL International and president of New York TESOL. John is now a visiting professor at The New School in New York and at Akita International University in Akita, Japan. View all posts by John F. Fanselow