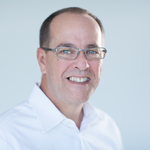 No One Has Special Needs: We All Do

I was a ‘special needs’ kid at school according to modern definitions.  Nobody, including me, knew it at the time though. I wasn’t diagnosed until the age of 38. When I was finally diagnosed, a lot of my school experience starting making a lot more sense.

At the age of 14, I had another two years of compulsory French classes to attend, and the idea didn’t enthral me. But, in the first French class at the start of the new school year, my French teacher addressed me personally: “You can sit at the back of the class and talk to your friend Dave about any topic you like in English. However, do it quietly because the rest of the class will be learning French”. And, that’s what I did for two years. Needless to say I failed the French exam.

The irony is that I was probably one of the most motivated people in the class to learn French. If my teacher had asked me at 14 if I actually wanted to communicate in French, I would have responded with an enthusiastic ‘Oui’.  If he had then asked me why I wanted to learn French, I would have explained that my primary motivation was to talk to teenage French girls on my family trips to France. Thus, I required conversational ability to cover the topics of music, fashion, etc. But, we never had that talk.

So why did I fail at French? Two main reasons: 1) The course. The classes were heavily grammatical and had no conversational component. Thus, the learning was perceived as not matching my goals. 2) Me. With hindsight, my ‘special need’ made me incredibly intolerant and outwardly frustrated in any situation that is not furthering my personal goals.

When I became a teacher of English I was determined to have conversations with individual learners about their personal goals, and spent effort on developing methods of analyzing needs. I became aware of teacher assessments that asked students to rate the class without probing for any personal circumstance. Thus, I would read a negative comment from a student about another teacher’s class, but, in a follow-up question directly to that student, the student would readily admit that the class wasn’t a success for that individual due to a personal health issue. According to the biased assessments, the school owners were ready to blame a teacher for a student’s personal problem. I changed the way class evaluations were structured.

A book that had a profound influence on my teaching was Psychology for Language Teachers (Williams and Burden 1997), particularly the chapter on teacher beliefs about learning and learners. The authors quote sociologist Roland Meighan (Meighan and Meighan 1990) saying that teachers beliefs about learners can be construed metaphorically as:

From my own French-learning experience, I knew I would never construe learners as the first three metaphors. As my teaching and teacher-training developed, I wanted to move from a construct of learner as partner (with the teacher) or as individual explorer to a belief that each learner in the class is a democratic explorer, but I was struggling for inspiration to make this happen.

The turning point was having my ‘special need’ diagnosed by doctors. This led to experimenting in professional groups I joined with explaining my behavior did not necessarily reflect how I felt about working in the group. I encouraged colleagues to challenge me if they felt I was being negative but didn’t mean to be. This approach worked well and helped me realize that we all have responsibilities as part of the group.

In the excellent book Group Dynamics in the Language Classroom (Dörnyei and Murphey 2003), the authors urge teachers to invest more time in the IMPORTANT/NOT URGENT (Space 2) activities. They say: “Learning about group dynamics and organizing well-functioning groups will go a long way toward facilitating smooth classroom management and enhancing student performance.”

I agree with them. Every member of the group has a responsibility to see its holistic nature and have positive intention for the group’s success. I have gone full circle. It was not my French teacher’s sole responsibility to extract my learning preferences. I had spurned an opportunity to explain what I wanted and negotiate with the class.

We are all special and all have special needs. In a group, we have to make the other members aware of what these needs are and be able to position them in relation to everyone else’s.