a new resource book for teachers from John F. Fanselow

Small Changes in Teaching Big Results in Learning is a new resource book aimed at both novice and experienced teachers of English as another language. It can be used in formal/informal teacher education groups or by individual teachers.

As you master the activities and types of feedback introduced in this book, you will be able to move from teaching as a ritual to teaching as discovery. You will decrease the time you spend making lesson plans, quizzes and tests, looking for the ideal syllabus, and preparing worksheets and handouts and, as a result, you will have more time to analyze transcriptions and video clips of what you and your students are doing.

Buy paperback or ebook on Amazon

Buy the ebook on iBooks and elsewhere 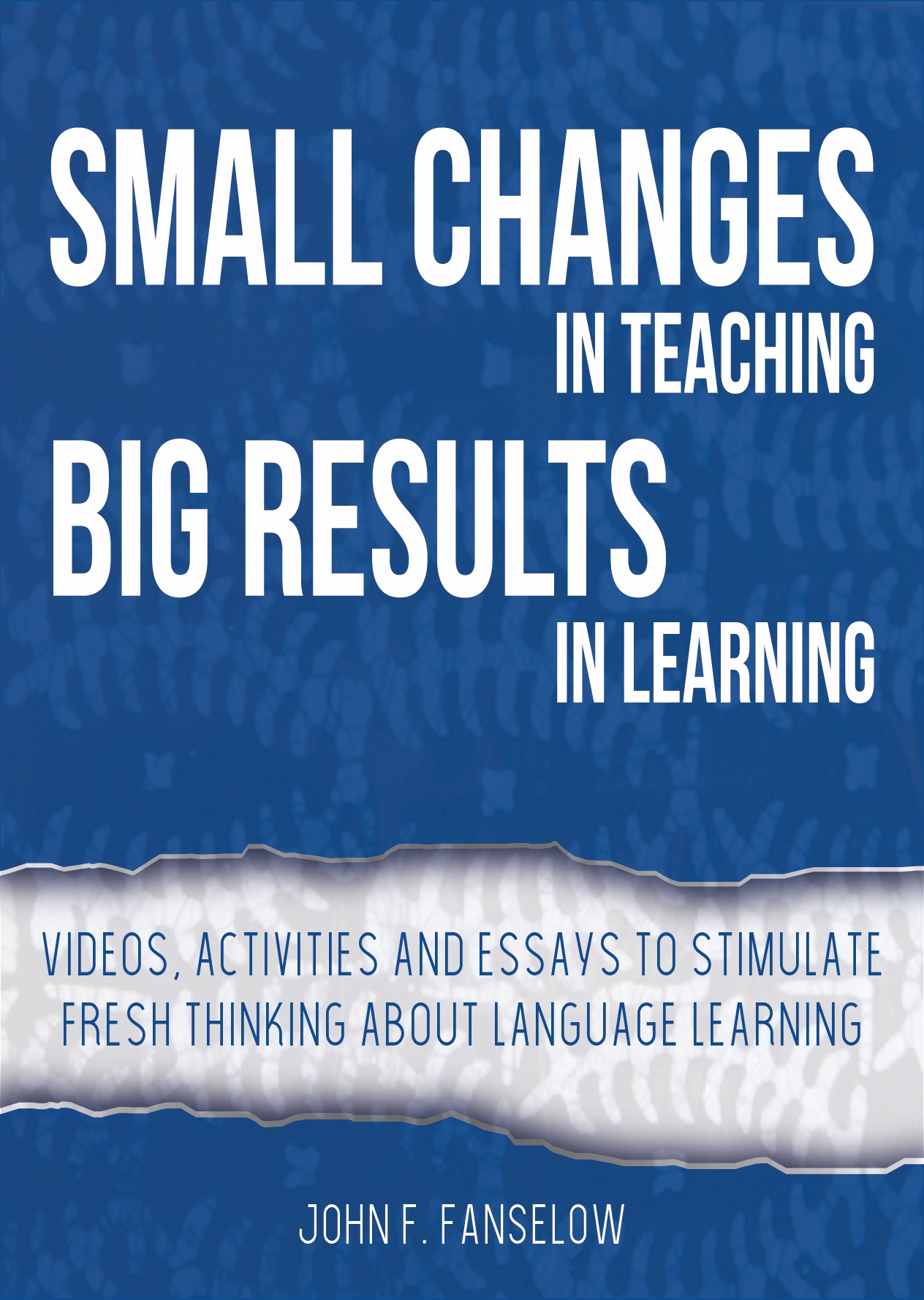 Introducing Read and Look Up

Read aloud A short trip in 1800, printed below, to your students as they look at the text. Tell them to draw a slash like this ‘/’ between words each time you pause between sense or breath groups. Though the terms sense groups or breath groups are not familiar to many people, everyone communicates with breath groups in their first language all the time. When exchanging phone numbers in spoken English, almost everyone says 212 / 666 / 1727 rather than 2126661725. When we introduce ourselves we say, Hello / my name is / John Fanselow. I have marked a few sense groups in the first sentences of the A short trip in 1800.

How many times you pause will depend on how familiar you are with the text and how many words you think your students can understand at one time, and later read silently and say without having to look at the text again and again. Over time, as your students become more familiar with the material they read, the length of the sense groups will increase.

The location of the pauses is more important than the number of words between pauses. Pausing at these slash marks in the title is not correct, NOT OK: A short / trip in / 1800. This is OK: A short trip / in 1800.

The fisherman asked, “Do you want water and food now before you go to the island?” The oldest man said, “No, we must get there before dark. We can eat and drink as we travel.”

When they arrived at the island, a black guillemot flew over them very quickly. It made very loud sounds from its throat, and then it swooped down close to them.

John became involved in ESOL by becoming a U.S. Peace Corps Volunteer in Africa in the first group to go to Nigeria in 1961 where he taught at a teacher training college. Upon completion of his Ph.D. at Columbia University, Teachers College, he was invited to join the faculty.

At Teachers College, his main interest was observation and analysis of interactions, both inside and outside of classrooms. “Beyond Rashomon” and “Let’s see,” two of his seminal articles in the TESOL Quarterly, have been reprinted in many anthologies.“Beyond Rashomon” was the basis of Breaking Rules (Longman, 1987) and “Let’s See “was the basis of Contrasting Conversations (Longman,1992, reprinted 2010).

With colleagues at Teachers College and Tatsuya Komatsu from SIMUL, he started an off-campus M.A. Program in Tokyo for Columbia University, Teachers College in 1987. Try the Opposite (Tokyo: SIMUL Press, 1992, 2011) grew out of his work with teachers in Japan.

When he became Professor Emeritus in 1996, his students established the John F. Fanselow Scholarship fund to encourage “Fanslovian” ideas and practices among MA students in TESOL at Teachers College in New York and in the off-campus program he established in Tokyo. When he stopped teaching in TC in Tokyo, be was invited to be the president of International Pacific College (Now International Pacific University)in NZ. During his 8 years there, he introduced recording and analyzing classroom interaction that has not likely been done in a systematic way in any other tertiary institution in the world.

He has been active professionally, serving as president of TESOL International and president of New York TESOL. When he completed his work in NZ was a visiting professor at The New School in New York and at Akita International University and Kanda University of International Studies in Japan. In 2005, he was presented with the Distinguished Alumni Award from Columbia University, Teachers College. Each year, Teachers College presents 3 to 5 Distinguished Alumni Awards who are selected from the more than 80,000 alumni of the institution.

It is several years since John Fanselow’s last book – but now the gentle iconoclast is back and his new book was well worth waiting for. John has long been an advocate of careful self-observation, noticing small details, experimenting with original and varied procedures, factoring in the affective features of learning – and above all with challenging our routines, habits and preconceptions. This new book does all this and more. It is packed with practical ideas and fresh insights into what teachers do in classrooms. A must-read.

I participated in a workshop by Fanselow years ago which was based on the activities he subsequently wrote about in in Breaking Rules, Contrasting Conversations and Try the Opposite. Small changes is like a deja vu of the workshop I engaged in at ESADE in Barcelona years ago. At the time I wrote,“I can’t tell you how much we all enjoyed it: it wasn’t a blast, it was a hurricane of fresh air, a cyclonic invigoration, a huge affirmation of the fun and satisfaction that teachers can get from their jobs once they connect.

The videos that accompany Small changes successfully bring to life the two major tenants the book illustrates: learning is predicting and teaching is reminding people what they already know. The practical teaching tips in the videos are clearly presented, while John’s use of humor makes this book and video package as engaging as it is educational.

John Fanselow’s admonition to make small changes in your teaching is deceptively simple and straight-forward. However, putting his ideas into practice is surprisingly difficult. Teaching is, after all, an encounter between human beings, and if we successfully avoid the pantomime of choreographed techniques in which we are merely following the instructions of some guru, we discover that we are exposed and vulnerable. We are no longer merely acting out a role; we are intimately involved in authentic interactions with others. Easier said than done, and most of us avoid such edgy encounters. John’s videos provide a glimpse of how he accomplishes this and gives us courage to try it on our own. But he is not saying, “Do what I do.” No. He is saying, “Here’s how I do it. Go now and do your own version.” 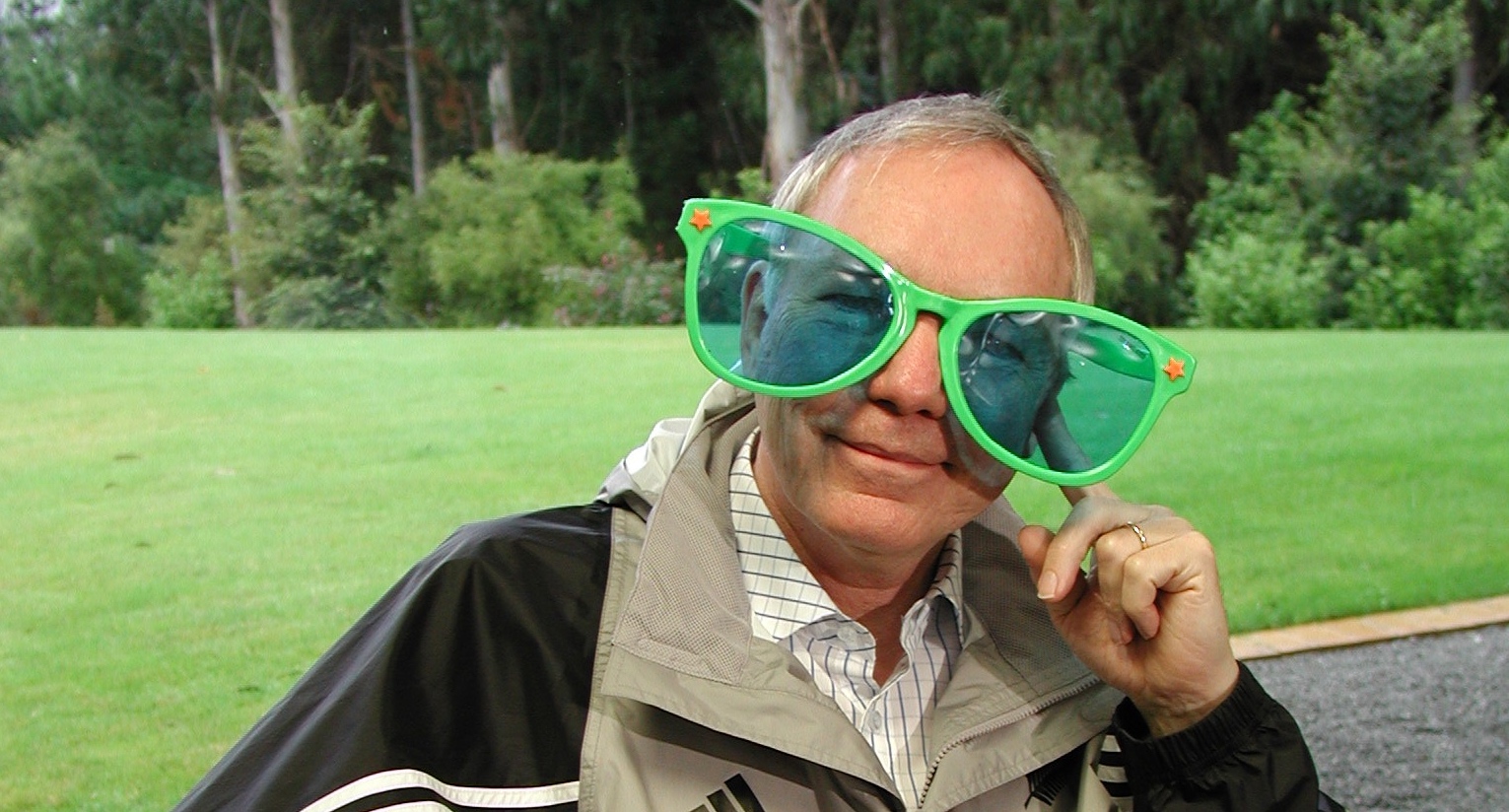